Last Updated 27.11.2022 | 9:24 PM IST
feedback language
follow us on
Bollywood Hungama » News » Bollywood Features News » “Bunty Aur Babli 2 gave me the opportunity to speak in Marathi”- debutant Sharvari on how she got to speak in her mother-tongue

Sassy debutant Sharvari is set to carve her destiny in Bollywood with Bunty Aur Babli 2 as a hot, intelligent, tech-savvy con-girl – the new Babli. Audiences are already going ga-ga about her acting skills as the trailer sees her pull off several avatars in various disguises with utmost ease. Sharvari was thrilled when she got to know that she would speak in her mother tongue – Marathi - in one of the elaborate cons that she pulls off with the new Bunty, played by Siddhant Chaturvedi. 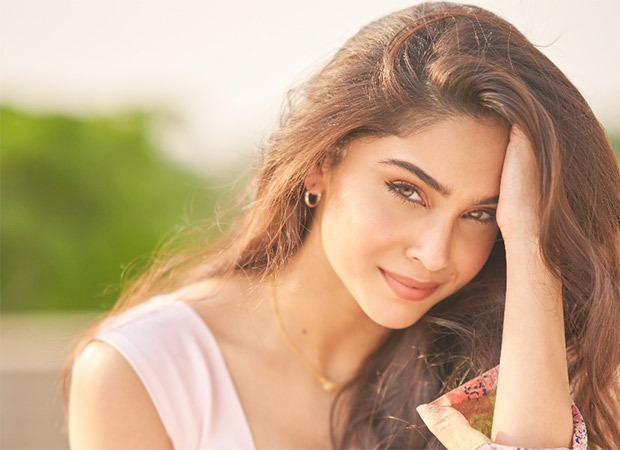 Sharvari reveals, "Bunty Aur Babli 2 is a special film for me for many, many reasons. It’s my debut big-screen movie in which I have been fortunate enough to be cast as the quintessential Hindi film heroine. I’m sharing screen space with big screen icons like Saif sir and Rani ma’am and got an opportunity to learn so much from them."

She adds, "The whole experience of shooting this film has been priceless for me, and to top it all up, in one of the cons it also gave me the opportunity to speak in my mother tongue - Marathi. Bunty Aur Babli 2 is a hilarious war between two sets of con artists who are generations apart. Being a con heist film, it allowed both pairs of con-couples to be in fantastic/unrecognizable disguises."

Sharvari further states, "Sid and I characterised all our cons, gave them a personality, character traits and tried to capture the essence of different dialects. I took the identity of a senior authority who happens to be Maharashtrian. I added a few Marathi dialogues and I remember I was thrilled to shoot this sequence for obvious reasons."

Bunty Aur Babli 2 also features Saif Ali Khan and Rani Mukerji as the original Bunty and Babli. This comedy will pit two sets of con-artists, from different generations, against each other as they try to prove who is the better con-couple.

Yash Raj Films’ out-and-out family entertainer Bunty Aur Babli 2, which is set to release worldwide on November 19, 2021, has been directed by Varun V. Sharma, who has worked as an Assistant Director in YRF’s biggest blockbusters Sultan and Tiger Zinda Hai.

ALSO READ: Bunty Aur Babli 2: Sharvari Wagh – “The image of Priyanka Chopra walking out of the sea in her golden bikini in Dostana was etched in my mind”