We are a few days away from the release of 'BE (Essential Edition)'. Dropping on February 19, BTS is releasing new content every single day giving a special glimpse into the making of the album 'BE'. Today, BTS dropped an illustration by member SUGA! 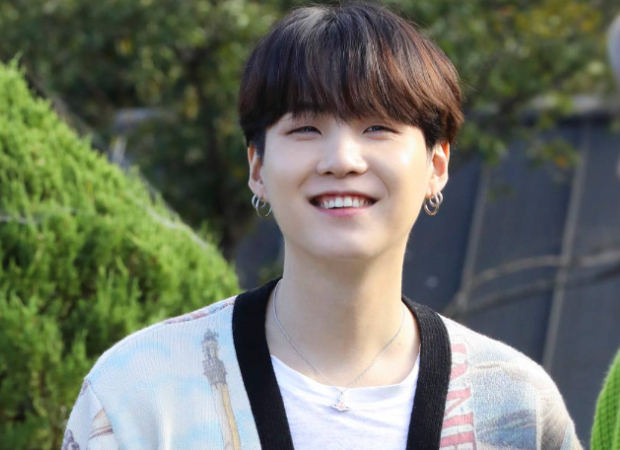 The illustration shows a room curated by Suga for ARMY (BTS' fans). Along with the picture, Sugas's voiceover says, "Since I am away from the other members these days, I have been looking at the pictures we took together. There were some photographs with fond memories. I hung up a few pictures because I thought something that could jog your pleasant memories with BTS could be a nice addition to your room."

He further says, "Since BTS and ARMY are together forever, I drew in our logos and thought there could be a string of pictures from cities we toured in. I'm sure the time will come again soon when I can put up new pictures of new cities where we got to meet ARMY. "

Suga adds, "Sleepy Suga needs his bed. A home is not a home without a bed! I wanted to put only the best in ARMY’s room, so I put it in a bed with a natural walnut frame. The bed we have is made in a similar way, so I tried to recreate the design. I put the soft fluffy mattress on it so whenever you feel the need to nap, try and make yourself one with this bed."

In November 2020, BTS gave a peek into their own rooms which were their safe space during the quarantine. Each member had curated a room disclosing their vibe and what their room represents. The idea behind this ARMY room is to curate a comfortable space for fans! This room is the very representation of Suga's room which has minimal things like books, a walnut bed (just like his own room), logo polaroids with BTS and ARMY, an illustration of their recent performance at a stadium, 'Zero O'Clock' mention on the clock, a teddy bear. The room has shades of purple is the which represent them. Since he is recovering from shoulder surgery, he looked back at the fond memories when he spent time with BTS members. Suga's minimalistic curation is relatable. His heartfelt thought was to make a room for the fans where they feel at home!

'BE (Essential Edition)' drops on February 19, 2021, two days before the one year anniversary of their record-breaking full-length album 'Map Of The Soul: 7'.  The Grammy-nominated group is set to perform a special edition of its MTV Unplugged franchise, MTV Unplugged Presents: BTS. The worldwide music event will build off the iconic series with a fresh new take Tuesday, February 23 at 9 PM ET (February 24, 7:30 am IST) exclusively on MTV in the US and will air around the world beginning February 23.