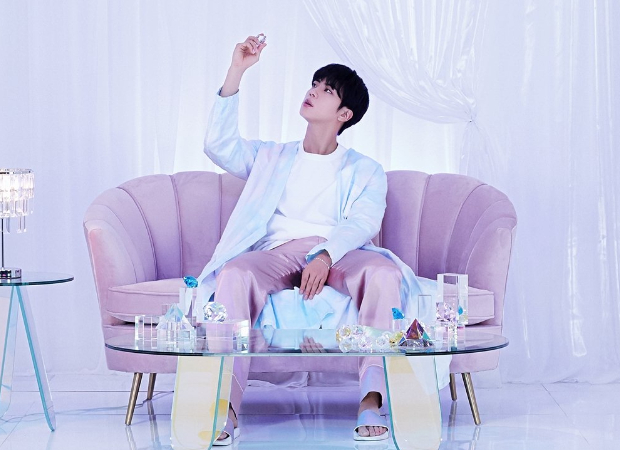 Today, Jin's notes were released for EDM infused track 'Stay'. Sitting on a black couch dressed in a chic outfit, Jin is seen jotting down the lyrics as he gets inspiration from the surroundings as he hums, "Was it a dream / I feel like I saw you / When I open my eye, again / it’s an empty room."

Produced by Arston, the unit track is written by Arston, Jung Kook, RM, & Jin. The album was made at the peak of the coronavirus pandemic last year when BTS had to postpone the 'Map Of The Soul' world tour. As the seven members had no choice but to rest and stay indoors, Jin is wondering whether it was all dream when they could meet the fans but now every time they open their eyes, they are stranded in empty rooms. He seems to be thinking about how monotonous life has become. However, they stayed connected with fans virtually as the song emotes the sentiment that they will always stay with ARMYs.