BTS continue to bring unique performances with their record-breaking English single 'Dynamite'. After performing at Video Music Awards (VMA) 2020, the septet lit up the semi-finals episode of  America's Got Talent! 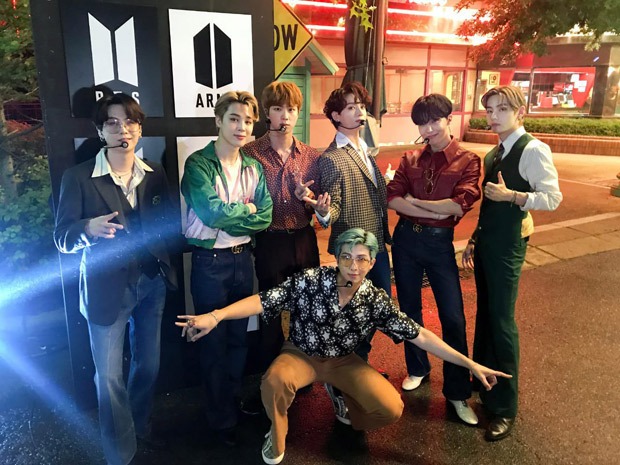 The season 15 semi-finals saw RM, Jin, Suga, J-Hope, Jimin, V, and Jungkook perform their chart-topping single all the way from South Korea. Filmed at the amusement park Everland in South Korea, one of the largest theme parks, the sets were very disco-themed. The band showcased their crispy signature choreography of 'Dynamite' but it felt like a"live music video" was being filmed. They were dressed in their retro-themed outfits that were used in the music video - bell-bottoms, vests, long coats, and printed & leather shirts and pants.

This performance marked the return of BTS after their previous performance on 'Idol' in 2018 on America's Got Talent.

BTS have achieved No. 1 on Billboard Hot 100 for two consecutive weeks followed by No. 2 in the third week. They will drop multiple performances of 'Dynamite' in the coming days including a choreography version music video after dropping the official video and B-side video in August.

ALSO READ: BTS, Beyonce, Drake, Kanye West & Megan Thee Stallion are top 5 most tweeted about artists of quarantine in the US