Last Updated 05.12.2021 | 11:28 AM IST
feedback language
follow us on
Bollywood Hungama » News » Bollywood Features News » BTS kick off the new era of their music with first concept photo of upcoming album ‘BE’

It's happening! The new era of BTS has officially begun. After teasing about their upcoming album for a couple of months, Big Hit Entertainment announced in September that BTS will release their album 'BE (Deluxe Version)' on November 20, 2020. 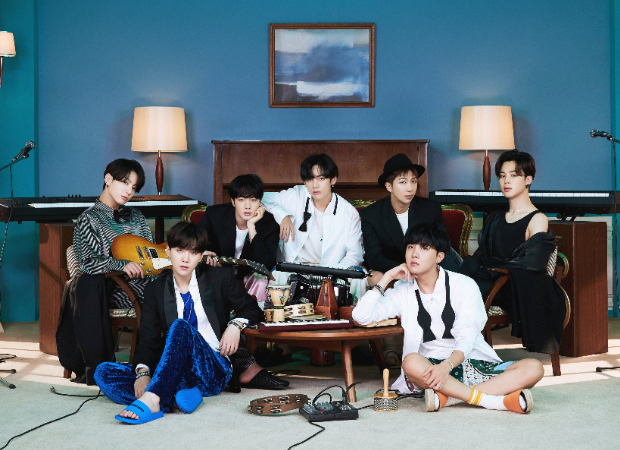 And the first concept picture of the upcoming album was dropped without any WARNING on October 19 IST (Oct 20, 12 am KST) which is exactly a month before they release their album! The aesthetically pleasing concept photo shows the seven members RM, Jin, Suga, J-Hope, Jimin, V, and Jungkook staring directly into the camera. The outfits truly grab attention since none of them are in Avant-Garde looks. It's a mixture of formal chic attire mixed with comfy outfits which truly represents the current scenario.

They are surrounded by musical instruments including piano, guitar, percussion instruments like drums, and cymbals with two mic stands at the corners. Since the album was made during quarantine, they seem to be going for a pleasing vibe, representing that they made music while stuck indoors. The instruments seem to be depicting that this album has been crafted from the scratch by all the seven members of BTS. Interestingly, it is also the first time since the 'Fake Love' era that all seven of them are sporting dark hair for a concept shoot.

The announcement from Big Hit Entertainment had earlier revealed, "This album is made more special by direct involvement from BTS in not only the music but from the concept and composition to design. You will discover throughout the album the thoughts, emotions, and deepest reflections of BTS while experiencing an even richer musical spectrum."