Akshay Kumar and Kiara Advani have started the promotion of their upcoming film Laxmmi Bomb which is all set to release on Disney+ Hotstar for Diwali. The duo recently shot for an episode with comedian Kapil Sharma on his show The Kapil Sharma Show. Joining the star cast was activist Laxmi Narayan Tripathi. 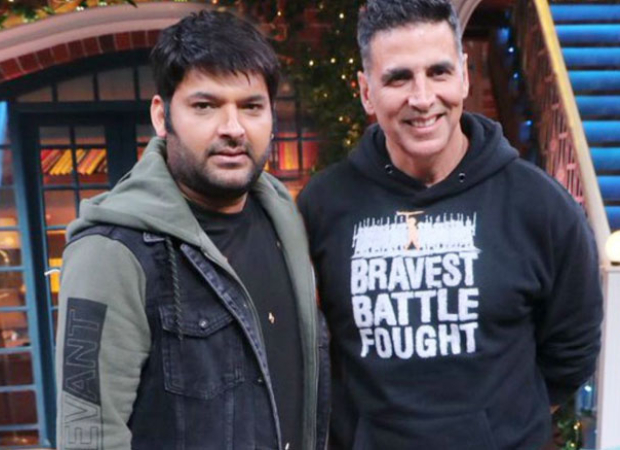 Akshay always visits the Kapil Sharma Show ahead of his film release and their camaraderie is loved by the audience. On Sunday, Akshay shared a photo with Kiara and Laxmi Narayan Tripathi and announced that he will be shooting with Kapil. Posting the picture, Akshay wrote, “Three’s not always a crowd! Team #LaxmmiBomb with the real Laxmi on sets of #TheKapilSharmaShow today!” Thanking him, Kapil wrote, “Thank you for all the love n fun we had on shoot after so long paji Hugging faceFolded hands u were on fire Fire as always.. lots of love n respect Red heartFolded hands best wishes to u n the whole team of #LaxmiBomb #LaxmiBombontkss #TheKapilSharmaShow Love-you gesture.”

Responding to Kapil, Akshay joked that all his film promotions happen on his show. "I think my film promotions are incomplete without your show now...either it’s that or you bribe all my film’s marketing team. But seriously thank you for a fun day, see you soon.” he wrote.

I think my film promotions are incomplete without your show now...either it’s that or you bribe all my film’s marketing team ???????? But seriously thank you for a fun day, see you soon ???? https://t.co/qD9uLAbd1P

ALSO READ: “My special thanks to Akshay Kumar sir for accepting and playing this role” – says Raghava Lawrence on Laxmmi Bomb