Alaya F has delivered a good performance with her silver screen debut in Jawaani Jaaneman that released on January 31, 2020. The newbie actress is basking in the success as she takes over as the girl of the moment with the appreciation coming her way. The actress recently graced the cover of a leading magazine. Elle and now the BTS video is out which will give us all the countryside vibe with the beauty of Alaya taking over it all! 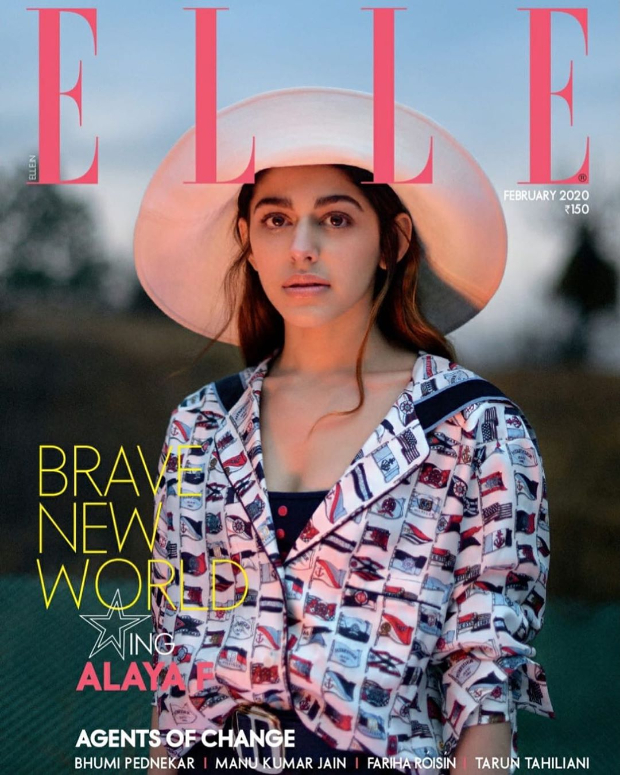 Alaya F took to her social media and shared all the fun times while shooting for the cover. The magazine took to their social media handle and posted the BTS video saying, “Join our February cover star @alaya.f as she embarks on a new journey”.

Honoured to be on the cover of Elle! My first cover!! This will ALWAYS be so special to me. Thank you! Thank you! Thank you @elleindia ♥️ On me : Polyamide-blend swimwear, silk shirt, leather shorts, cotton-blend hat; all @tommyhilfiger Editor-in-chief: @supriya.dravid Photographer: @ashishnshah Stylist : @malini_banerji Hair and makeup: @deepa.verma.makeup Assisted by: @tejaswinisinha, @rupangigrover (styling), @imabhishekrao (photography), @_sejalgoyal (intern) Design Realisation: @prashish_moore Location: @the.kumaon, Uttarakhand.

Alaya F makes sure she gives the old world super chic and countryside dose of fashion in the video to give us all the inspiration for the fall. With the picturesque locations complementing the many looks of the actress, from a trench coat to the classic fedora hat, graceful white blazer to boho flowers- everything about the video is a breezy love-potion that we already love where Alaya shines through as the fashionista and the promising mademoiselle.

Alaya F made her silver screen debut with Jawaani Jaaneman alongside Saif Ali Khan. Up next will be Pooja Entertainment’s second film starring the actress and we can’t wait for more details.

ALSO READ: Alaya F has made her grandfather Kabir Bedi proud with her performance in Jawaani Jaaneman