The cast and crew of Abhishek Sharma's upcoming family comedy, Suraj Pe Mangal Bhari, a Zee Studios production, was recently shot outside the crowded CST station. They also shot the pre-climax sequence on platform no 10. The crew had taken all the necessary permissions to ensure tight security and smooth shooting apart from hiring an entire train for the shoot! 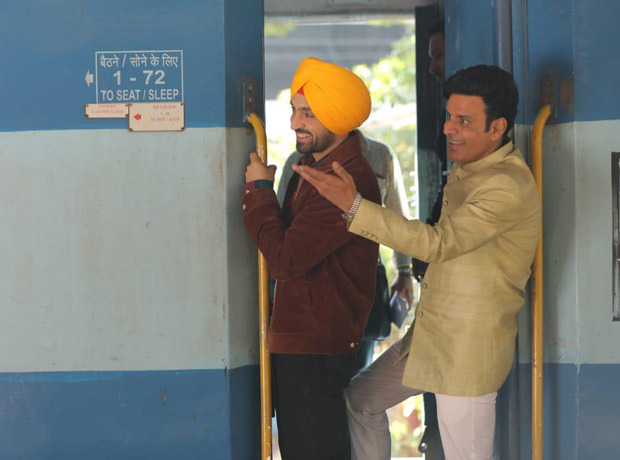 A source informs, "There was a huge crowd gathered outside the CST station when they got to know we were going to shoot there. While we had about 150 junior artists inside to shoot the sequence on the platform, the crowd gathered to get a glimpse of the actors".

Director Abhishek Sharma shares, “There’s a pre-climax scene in the film that required a railway station. Usually, filmmakers like to shoot in a controlled environment, perhaps on a created set, but it felt inauthentic. The film is set in the 90s and Victoria Terminus was just the perfect place to shoot. We took necessary permissions from the Central Railways for the shoot who were extremely forthcoming and helpful. Yes, this was more expensive but the venue lends itself to a better atmospheric experience in the scene. The engine drivers were so precise and professional. We shot for two days from 7 am to 7 pm. We all were so excited like young kids that we took turns to check out the engine and blow the train’s horn."

Shariq Patel, CEO, Zee Studios added, “From setting up a massive set in Film city recreating chawls of Mumbai to exquisite, old libraries, the film is being shot entirely in Mumbai, and will complete the shoot by mid-March. We are gearing up for the release in the later half of the year.”