Producer Boney Kapoor and his actress daughter Janhvi Kapoor are all set for the release of their first collaboration, Mili. While the release is around the corner, another piece of information regarding Boney Kapoor is making rounds on the internet, and it is not about his next production venture. Instead, it is about his acting debut. 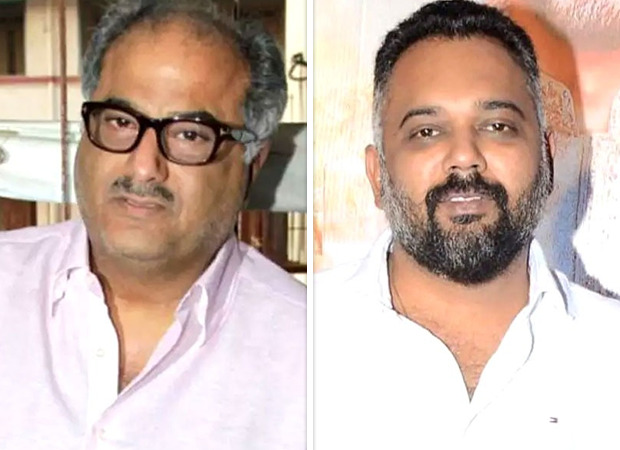 As reported by India Today, Boney Kapoor will be seen alongside actors Ranbir Kapoor, Shraddha Kapoor, and Dimple Kapadia in the movie. Speaking with the portal on Sunday, Kapoor confirmed his acting debut and said, “Initially, when Luv (Ranjan) offered me the film, I was reluctant to do it.”

He continued by saying, “Thanks to my son, my daughters and my brother Sanjay Kapoor, they pushed me into it. And for me, when I got into it, the high was that I am getting to work with a unit that has great actors - Ranbir Kapoor, Shraddha Kapoor and Dimple Kapadia.”

Boney further added, “But the other high was that, in real life, Sridevi was my wife and in reel life, I was getting to play Dimple's husband. That was another high. When we were young, Dimple was the heartthrob of all the youngsters around. To get to play her husband was also a high.”

Talking about Luv Ranjan’s untitled upcoming film, the team has shot a portion in Spain. The makers started shooting for the next leg in Mumbai; however, the shoot had to be halted due to a major mishap on the sets of the film. The sets were completely destroyed due to a fire accident in July this year. Since then the team has not shared any update regarding the shoot of the film.

Coming to Boney and Janhvi’s forthcoming film Mili, it is slated to release on November 4. The survival thriller is a remake of a Malayama film, Helen. Along with Janhvi, the film also stars Sunny Kaushal in the lead.

Also Read: One person dead in fire on the sets of Luv Ranjan’s next starring Ranbir Kapoor and Shraddha Kapoor; FWICE demands enquiry: ‘What if mishap occurred with 1000 workers’