The legendary film company Bombay Talkies is celebrating its 85th anniversary with great enthusiasm and promise for the present and future possibilities and probabilities for the upliftment of cinema culture. 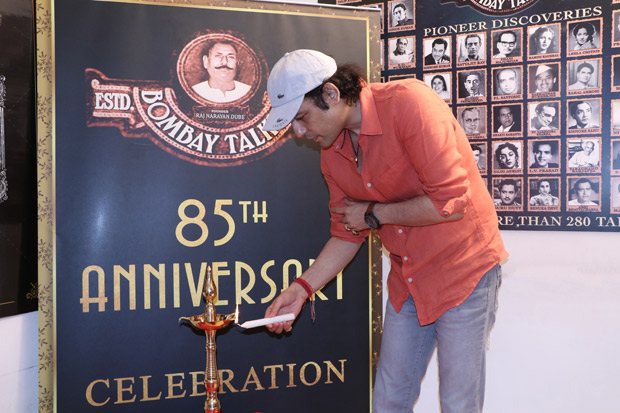 At the very nascent age of the cinema Bombay Talkies was born in India when other contemporary film companies of the world such as Warner Bros. Entertainment, Universal Pictures, 20th Century Fox, Paramount Pictures were born and brought up to create cinematic magic for the world audience, but Bombay Talkies is the only premiere film company which has made charismatic comeback and repeating its old pride and glory after sixty-three years of utter darkness. 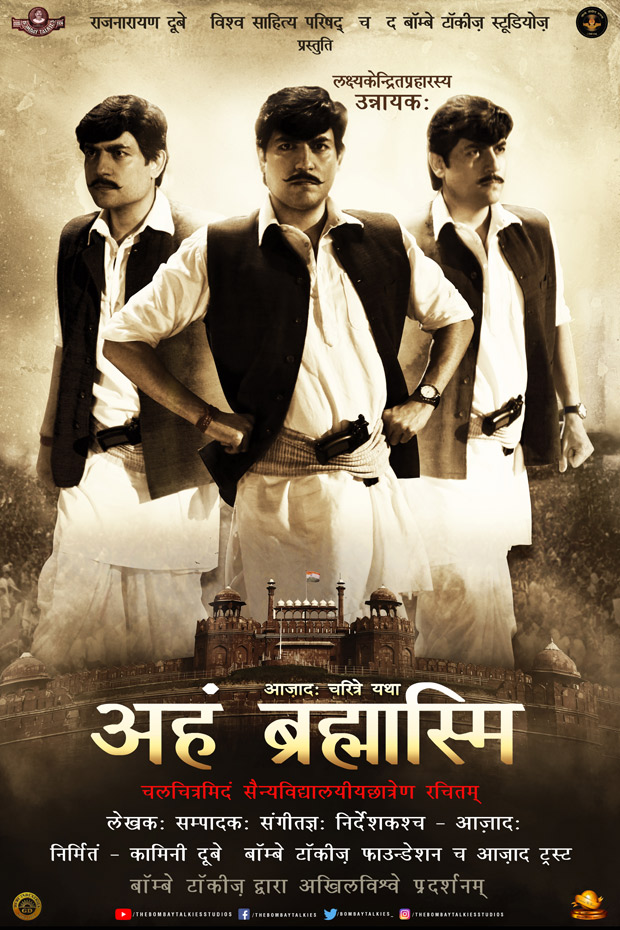 Bombay Talkies with its very establishment had introduced great talents like Devika Rani, Ashok Kumar, Madhubala, Dilip Kumar, Raj Kapoor, Mehmood, Kishore Kumar, Lata Mangeshkar and countless others. It is to be noted that maintaining the same traditions culture and legacy Bombay Talkies in its new incarnation has introduced writer, actor and director Aazaad to create meaningful films and maintain the golden legacy founded by cinematic giant Rajnarayan Dube.

Rajnarayan Dube single-handedly architected the business angle of the entire industry which was yet to come. He supported various new theatres such as BN Sircar’s New Theatres in Calcutta, V Shantaram’s Prabhat Pictures, Homi Wadia’s Wadia Movietone, Sohrab Modi’s Minerva Movietone, LV Prasad’s Prasad Labs and Pictures (Prasadwas an ex-technician from Bombay Talkies), SM Vasan’s Gemini Pictures and Mehboob Khan’s theatres, Tarachand Barjatya’s Rajshri Productions (Barjatya served as a distribution manager for Bombay Talkies for the period of seven years). Dube financed these fledgling companies and made them stronger. In essence, he builds the entire movie ecosystem in the country. Everyone whom Shri. Dube supported went to on build a name for themselves in the industry. Rajnarayan Dube had a big vision for Indian Cinema. He wanted Indian film making to be a respectable profession. He thus stipulated that Bombay Talkies would only hire graduates. He hoped this move would legitimize the Indian film industry of the thirties and forties, and it certainly did. Besides this, Shri. Dube also wanted the Indian film industry to be inclusive of Indians from all states and sectors of life. Even though the movie company worked with European technicians, Shri. Dube would bring on Indian technicians and make sure that they learnt the art of movie making. He also brought a lot of Indian writers on-board so that movies could have an Indian cultural sensitivity and thus could appeal to a large amount of people. This move gave rise to a whole new Indian profession, movie making. ​ 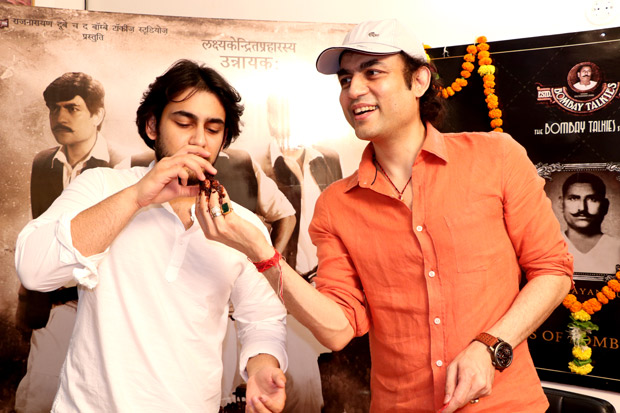 In this 85th Anniversary event filmmaker, philosopher, thinker Aazaad said this is the high time to re-invent and restore the sanatan culture and values of Dev Bhasha Sanskrit to preserve our divine identity and existence. Aazaad roars in his baritone that India is not merely a piece of land but a divine entity; one should live and die for the mother land. We are the fortunate descendants of the great sages who had created Vedas, Upanishads and the ultimate wisdom when the whole world was living in primitive stages. We are Brahma in its true sense of meaning. For us the whole world is our family. Our thoughts, actions and voices represent and strengthen the world brotherhood, piece and wisdom. The greatest revolution is the self-revolution in the history of the human evolution.

In this occasion writer, poet and the head of the writing department of Bombay Talkies and campaigner of ultimate nationalism Abhijit Ghatwari roared in his thundering voice in front of thousands of people gathered at the Bombay Talkies campus that the nationalism is the only life saving energy for the survival of our great nation. We were ruled by the lowest quality of species and invaders for centuries only because of the fall of nationalism. The nationalist people have been dominated, depressed and suppressed by the selfish politicians directly or indirectly but the time has changed, and a new fresh promising era of nationalism has emerged from the roots of our existence to counter pseudo secularism. Aham Brahmasmi, a master piece created by Aazaad is the ultimate answer to all the odds and re-establishes the golden immortal Sanatan Bharat.

In this atmosphere of great excitement and promise the creative director of Bombay Talkies Mousumi Chatterjee addressed the thousands of invitees with great remembrance of Bankim Chandra Chatterjee, creator of Vande Mataram. Mousumi shared her thoughts with guests and said that Bengal was the experimental lab of nationalism. Today the situation of Bengal is very depressing, but with the emergence of nationalism and the creation of nationalistic Sanskrit film Aham Brahmasmi created by Aazaad will change the scenario very soon and sure. 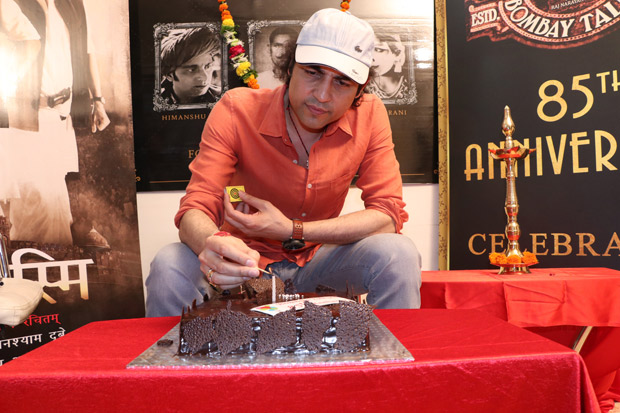 It’s a great day for the cine lovers that after 63 years under the command of military school student and nationalist filmmaker Aazaad. Bombay Talkies is revived in its full glamour and grandeur and made a splendid comeback with Rashtraputra. Rashtraputra was shown in the prestigious internationally acclaimed the Cannes Film Festival on the past 21st May 2019. Aazaad is now ready with his another masterpiece Aham Brahmasmi, the first main stream film in Dev Bhasha Sanskrit. The mighty, traditionally and culturally immortal value based film Aham Brahmasmi is produced by Kamini Dube along with Bombay Talkies and in association with Bombay Talkies Foundation, World Literature Council, Vishwa Sahitya Parishad and Aazaad Trust. Aham Brahmasmi is not merely a film; it’s a call of the soul and the psyche of the immortal land of the gods i.e Bharat.

It is a matter of great hope that in this commercial world of movies and today’s valueless society, a filmmaker and sensitive artiste like Aazaad has come forward with such an extra ordinary value packed subject of all time i.e Aham Brahmasmi.