The celebrations that kick-started yesterday on Bigg Boss 15 are about to get even grander tonight. Bollywood’s Sultan Salman Khan gets another surprise from Shahid Kapoor and Mrunal Thakur as they bring dhols to celebrate the host’s birthday. Delighted by their gesture, Salman warmly expresses his gratitude. He also compliments Shahid’s superb dancing skills saying, “Aapka dancing humare dancing se bahut uncha hai!” Salman then reveals that he loves Shahid’s hook step in the ‘Agal Bagal’ song. Shahid then wastes no time in getting Salman and Mrunal to groove with him on that song. 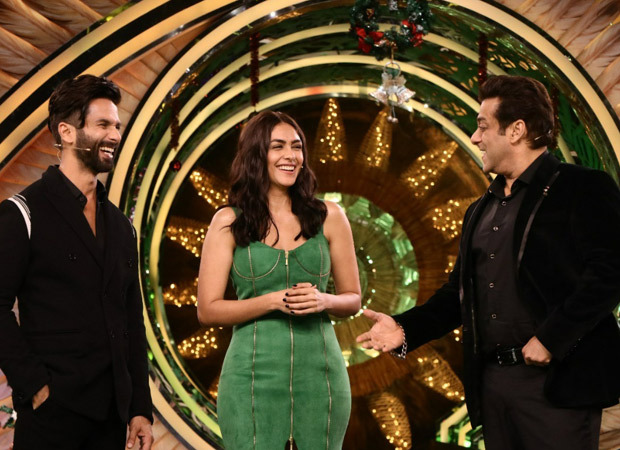 Bigg Boss 15: Shahid Kapoor and Mrunal Thakur make a grand entry on the show to wish Salman Khan on his birthday

Salman then takes Shahid and Mrunal inside the house through MeTV and tells them, “Jaise ghar ki aur iss season ki pratha rahi hai, humne mehmano ka swaagat dance se kiya hai!” Karan and Umar perform on Shahid’s super-hit track ‘Dhating Nach’, leaving the guests thrilled. Salman then gives housemates and give them a ‘Jersey’ task. The jersey in this task is named ‘Loser No. 1’ and contestants have to give one loser jersey to the housemate who they think is a loser. The fireworks promptly go off as the contestants do not hesitate to point fingers at each other. 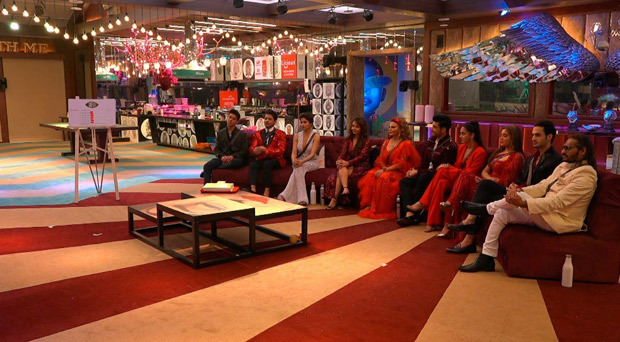 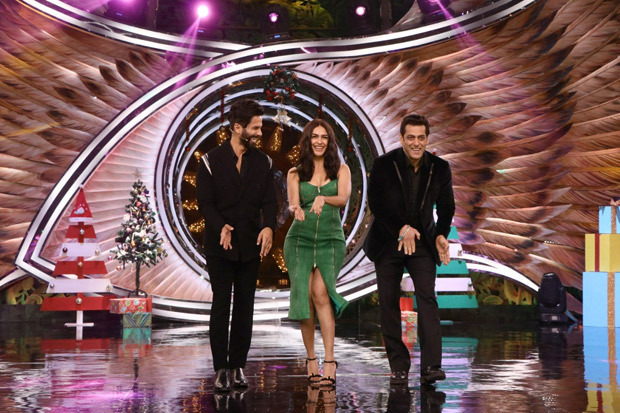 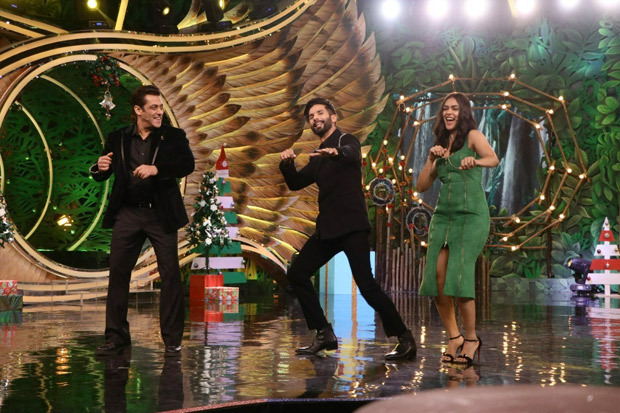 The ‘Weekend Ka Vaar’ ends up taking a musical turn when Nora Fatehi and Guru Randhawa take over the stage with their charm to promote their upcoming song. Salman shakes a leg with Nora and flamboyantly does the Afro-style dance. Nora catches the opportunity to play a fun game with Salman, where she asks Salman to praise her, and Salman surprises her with a lovely Shayari. The party carries on as Nora and Guru enter the house and leave them overjoyed with Christmas gifts.

Romance fills the air as Karan openly expresses his love for Tejasswi for the very first time! “Inn 12 hafton mai mujhe apne barien mein itne saare cheeze pata chali hai. Mujhe nahi pata tha ek ladki mere zindagi mein itne saare differences laa sakti hai!”, he says. On the other hand, Nishant and Pratik extend the hand of friendship once again by exchanging letters and making heartfelt apologies to each other. Salman also gets the contestants to answer some fiery questions that have been sent by the viewers in ‘Dhoondle’ task. He continues grilling them with tricky questions about their fellow housemates in the ‘Thappad task’. 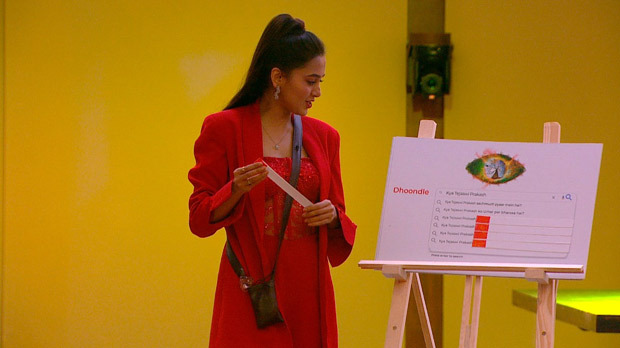