This Weekend Ka Vaar on Bigg Boss 15 brings to the viewers the baap of all celebrations. In tonight’s episode, Salman Khan will be celebrating his birthday in advance. The episode will be graced by actors Alia Bhatt, Jr NTR, Ram Charan and director S.S. Rajamouli as they'll promote their upcoming film, RRR. 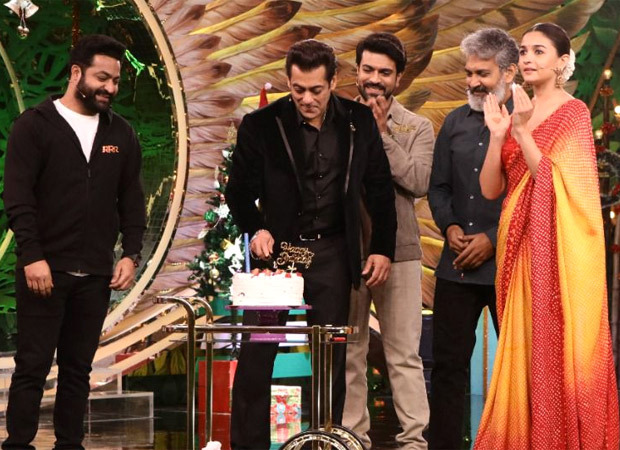 Alia Bhatt takes this opportunity to wish Salman in her own style. The Bollywood diva opened the episode herself by greeting the viewers and welcomed host Salman Khan by singing a birthday song for him with a live band.To amp up the celebrations and entertainment, Salman invites S.S. Rajamouli, Jr NTR, and Ram Charan on the stage to join Alia Bhatt. The viewers will witness a roller coaster ride of unlimited Masti, fun games, and a grand birthday blast of our 'Dabangg' host. 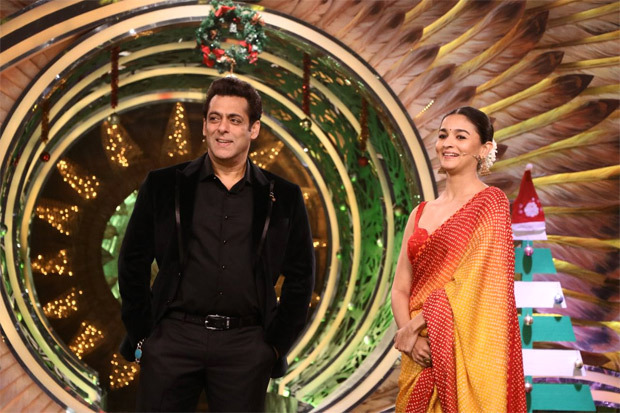 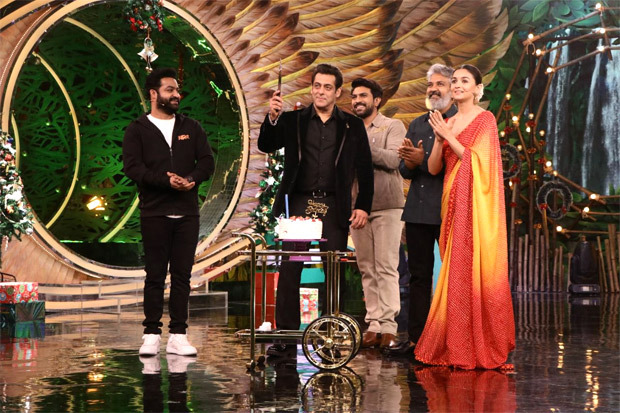 To make Salman’s day even more special, Alia informs him that the contestants have a surprise for him in the store. As all of them virtually meet the contestants through MeTV, the housemates give a power-packed performance on Salman’s super hit songs which brings a big smile to his face. Salman also grooves along while the housemates perform his hook steps.

Concluding the celebrations on a sweet note, S.S. Rajamouli gets a cake for Salman, calling it a small gift from the cast. Overwhelmed by the gestures, Salman thanks the RRR cast and cuts the cake with them as well as the housemates.