Bigg Boss 13 fame and actress Shehnaaz Kaur Gill was recently spotted at a 5 star in Mumbai. The actress went to attend her manager's engagement party yesterday where many other people from the entertainment industry were present. Celebs including Kashmera Shah, Monalisa, Vikrant Singh, and many others were seen at the party. 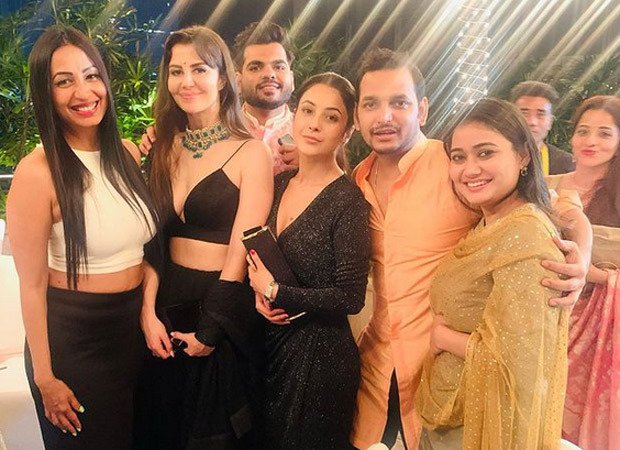 The pictures and videos of her from the party have been going viral on the internet. Comedian Paritosh Tripathi posed for a picture with Shehnaaz, Kashmera, Georgia Andriani. In the pictures, Shehnaaz looks absolutely gorgeous as she can be seen donning a black sequin cocktail dress. With the heavy dress, Shehnaaz opted for subtle nude makeup and just wore a watch for accessories.

Apart from that, a video of Shehnaaz Gill enjoying the party has also surfaced on the internet. In the video, she can be seen grooving to the hook steps of the song Zingaat with Paritosh. It's been after a while that Shehnaaz Gill has been spotted smiling and enjoying again. Post the sudden demise of Sidharth Shukla, Shehnaaz Gill's disappearance from the media had left everyone worried