The drama inside the Bigg Boss house only keeps getting intense. Sidharth Shukla and Asim Riaz's friendship has been hitting the rocks inside the house. Once tagged as the Ram-Lakshman jodi of the house, the two are now getting into ugly spats with each other. This was quite evident during the recent ‘Teen Rakshas’ task. 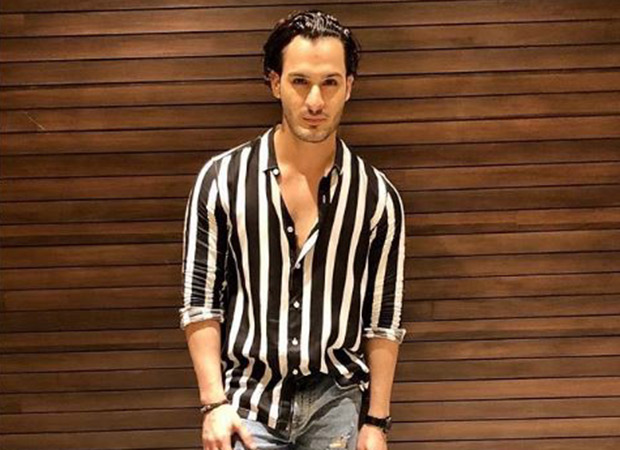 Asim lost the task to rival Arhaan Khan and new-comer Vishal Aditya Singh. This loss led to a spat between Asim and Sidharth who kept blaming each other for the loss. Asim blamed Sidharth for his strategy while the latter blamed Asim for not performing.

Amidst this fight between the two, Asim Riaz's brother Umar Riaz has reacted to the fight. Umar took to Instagram to share his views of the ‘Teen Rakshas’ task. Umar has been constantly supporting his brother by talking to the media and making vote appeals for him.

In his message he posted on social media, Umar supported his brother’s technique of pulling out the sacks and going inside in his first attempt. When he failed to do so, Sidharth Shukla, as usual, forced his strategy on him and the team asked him to swim through the top of the sacks. 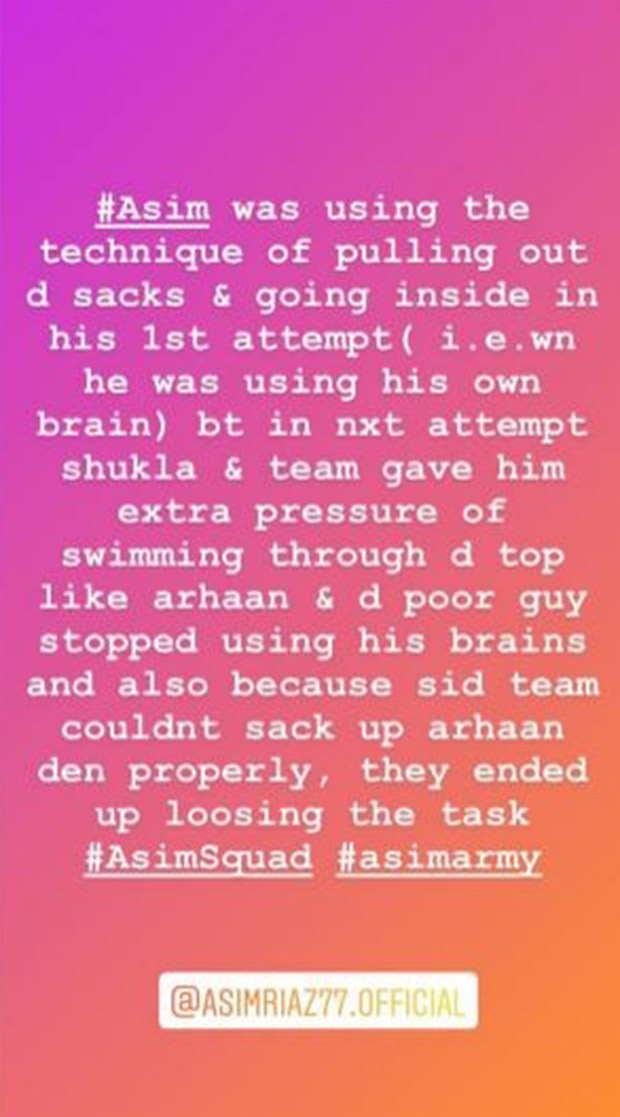 He further wrote that when his brother was made to listen to his team, he stopped using his brain and did what his team wanted him to do. He blamed Sidharth Shukla and the team for not properly sacking Arhaan Khan's tunnel.