American singer Taylor Swift is one of the most successful artists in the world. The singer was crowned the highest-paid entertainer in the world by Forbes. But, now her upcoming performance at the American Music Awards, Netflix documentary, and other performances are in jeopardy and this is due to her ongoing feud with celebrity managers Scooter Braun and Scott Borchetta. 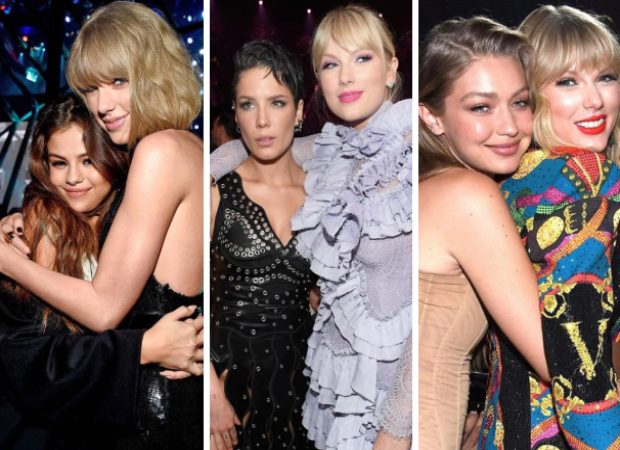 In a detailed note, Swift said that she was planning on singing her medley of songs for American Music Awards performance since she is being given a major award. But, Scooter Braun, who owns her previous masters since Scott Borchetta sold Big Machine shares to Braun, is not allowing her to sing the songs since she doesn't own it. She has also alleged that they have declined the use of older music in her Netflix documentary which doesn't have any mention of them or Big Machine Records.

Ever since Taylor Swift publicly took her issue on social media, celebrities have been coming forward to support her..#IStandByTaylor began trending on Twitter and celebrities like actress and singer Selena Gomez, singer Halsey, supermodel Gigi Hadid, The Vamps singer James McVey among others have come out to support her. They have openly spoken against the gatekeepers of music and stated that they can't take away the rights of her own song.

Don’t know what else to do pic.twitter.com/1uBrXwviTS

Earlier, Taylor Swift did say that she will remake all the masters of her previous songs ever since Big Machine shares were brought by Taylor Swift, who manages Justin Bieber, Kanye West, Demi Lovato, and Ariana Grande.

Check out the tweets.

“It is her grace and patience in these moments that make her Artist of the Decade.” pic.twitter.com/zC12Yq2x9G

“I have known Taylor for 13 years. She is the most dedicated, fearless, feisty, strongest woman I’ve ever known (...) Taylor fights. She will never stop fighting. I love you.” pic.twitter.com/MlRbyiUM9o

Scott and Scooter, you know what the right thing to do is ????????
Taylor and her fans deserve to celebrate the music!!

However you feel about Taylor personally, imagine if this was happening to your favorite artist. How low and unkind and ridiculously greedy. #IStandWithTaylor https://t.co/ncdrtuaTmi

The art & magic of music should never be manipulated and monopolised at the expense of the songwriter. Music should pioneer the movement of freedom and ethical equality. #IStandWithTaylor https://t.co/YPEWsgs4mu

“You’re the best and deserve the right to play your own music when and wherever the hell you want. We love you.” pic.twitter.com/L1OHa3oMZ9