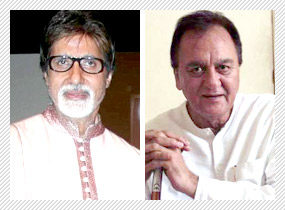 Over the years, Amitabh Bachchan has been associated with the tag of 'Angry Young Man'. However, recently Bachchan stated that Sunil Dutt should be credited with the adage. In the Mehboob Khan-directed 1957 cult film Mother India, Sunil Dutt played the rebellious son of Nargis.


Posting on his facebook page, Bachchan says, "Namak Haram bore seeds of the anger that was next seen in Zanjeer, and the subsequent titling of the epithet 'angry young man' by the media. But I have always believed that the first powerful depiction or in a sense the birth of the so called 'angry young man', was designed by Mehboob Saheb in Mother India, where the character Birju, played so brilliantly by Sunil Dutt, was depicted."