Salman Khan is known for his generous work when it comes to people in need and kids. The actor, through his Being Human Foundation, provides funds and donations. As the actor was busy working on Bharat, he made sure to spend some quality time with visually impaired people after the film's completion. 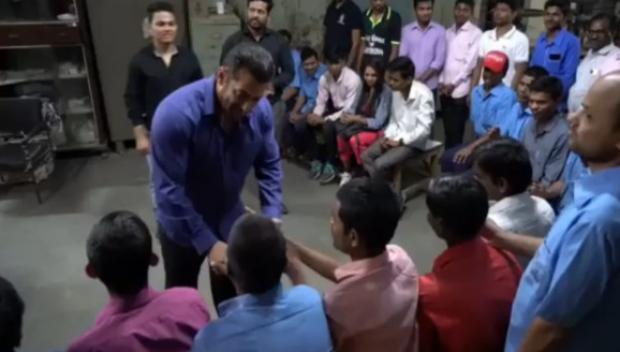 A video is doing the rounds of social media where Salman Khan is seen interacting with visually impaired people. In this video, he is shaking hands Salman shaking hands with them post the wrap up of his film Bharat. The actor visited a blind school to spend some quality time with them.

Earlier this week, Salman Khan wrapped up his next release Bharat. This will be the fourth time he will be starring opposite Katrina Kaif.

Bharat is an official adaptation of South Korean film – An Ode To My Father. It also stars Tabu, Jackie Shroff, Disha Patani, Nora Fatehi and Sunil Grover in pivotal roles. Bharat, which is Salman’s Eid release for this year, is slated to release on June 5.