Songs in Bollywood films have always played an important role in adding up to the entertainment factor. The songs in Salman Khan’s movies are always too groovy and make us tap our feet to its beats. However, Salman feels that a song only works if the actors performing in it are lip-synching and not otherwise. He expressed his thoughts on it in an exclusive conversation with Bollywood Hungama. 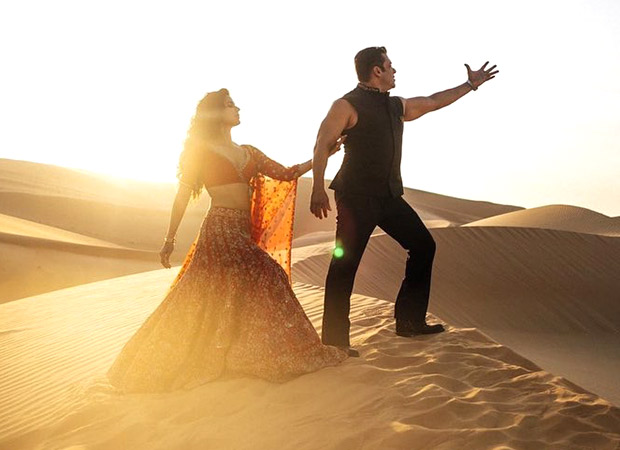 Bharat: Salman Khan says all the hit songs have been lip-synced

He said, “Earlier when we did films, there were songs that were cut-to, now that’s not the case, the songs these days flow in the picture. I believe that the songs should always be lip-synced. There are some directors who think how the film can have songs in it, how the heroine and the hero will sing the songs, so it plays in the background. It’s a Hindi film, go make a Hollywood film if you don’t want songs it in. You need lip-syncing songs, the songs that have not been lip-synced, they don’t matter. Till the hero and heroine don’t sing the songs, on the big screen, I don’t think those songs work. Hardly one or two of them have worked. All the songs that have been hit are lip-synced. I recently heard that ‘Chashni’ was weaker than ‘Slow Motion’ as a song, but you see it has already picked up; people have already started loving ‘Chashni’. There were two extreme opinions about it and there was another one that it is an outstanding song, I’m in love with ‘Chashni’ and I listen to it all the time. With the film, this song will grow even more.”

Watch him talk about his role in Bharat and more in this segment.

With Katrina Kaif as the lead actress, Bharat also stars Disha Patani, Jackie Shroff, and Sunil Grover in pivotal roles. Directed by Ali Abbas Zafar, it is all set to release on June 5.

Also Read: EXCLUSIVE: Salman Khan gives an insight to the plot of Bharat and his relationship with Jackie Shroff in the film