Last Updated 25.05.2022 | 10:28 PM IST
feedback language
follow us on
Bollywood Hungama » News » Bollywood Features News » Bard Of Blood: Emraan Hashmi and Shah Rukh Khan have a face-off in an interrogation room and it is hilarious

Shah Rukh Khan is all set to venture into the digital platform with Emraan Hashmi starrer Bard Of Blood on Netflix. The story is about four Indian intelligence officers belonging to the Indian Intelligence Wing (IIW) who are compromised before they can relay an important piece of information to India. They get captured and are about to be decapitated. The stakes are high. 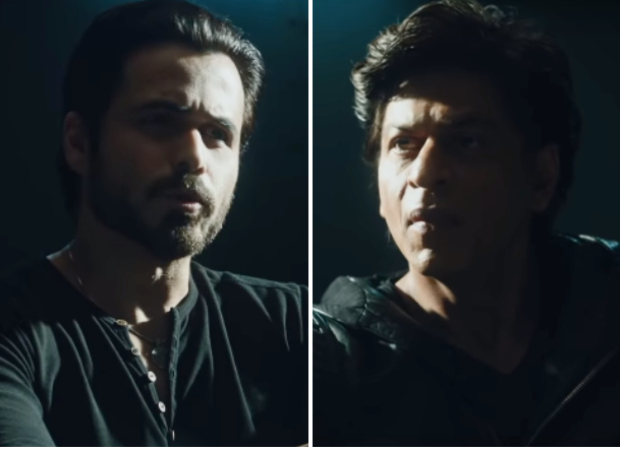 Bard Of Blood: Emraan Hashmi and Shah Rukh Khan have a face-off in an interrogation room and it is hilarious

While the first teaser will be out on August 22, Shah Rukh Khan is leaving no stone unturned to promote his first digital venture through various hilarious bits. After releasing two promotional videos, this time with he has a face-off with the lead actor Emraan Hashmi himself. The two of them are in an interrogation room where Emraan keeps his cool whereas SRK's dialogues will make you chuckle.

Shah Rukh Khan’s first original Bard of Blood is all set to launch on the 27th September 2019 on the service. The series features a commercially successful and critically acclaimed and cast comprising Emraan Hashmi, Vineet Kumar Singh, Shobhita Dhulipala, Kirti Kulhari and Rajit Kapoor amongst others. Directed by Ribhu Dasgupta and produced by Shah Rukh Khan’s Red Chillies Entertainment, the series is based on the best selling and loved the book of the same name written by Bilal Siddiqui.