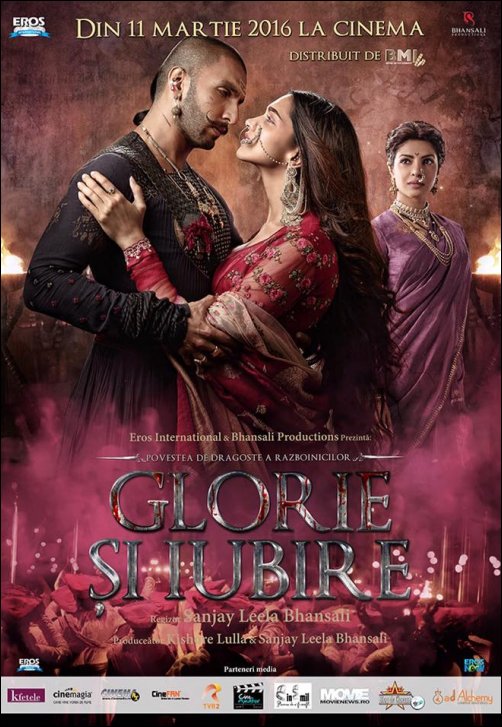 After having won everyone's hearts and innumerable awards and praises, Sanjay Leela Bhansali's epic film Bajirao Mastani is now all set to be released? in Romania on 11 March 2016 by Eros International. As per the news reports, the film will be released on approximately 15 screens. The film will be titled as Glorie Si Iubire.

Having released in December last year, this historic film went onto become a blockbusters at the Box-Office. Produced by Eros International & Bhansali Productions and directed by Sanjay Leela Bhansali, the film stars Ranveer Singh, Deepika Padukone and Priyanka Chopra in pivotal roles.