Ayushmann Khurrana has starred in diverse roles in his career till date. He is called modern day hero. The actor chooses interesting and unheard stories that instantly connect with the audience. While the nation loves him, his son adores his contemporaries. Ayushmann Khurrana, who is promoting his next film Article 15, said that his son likes Varun Dhawan and Tiger Shroff. 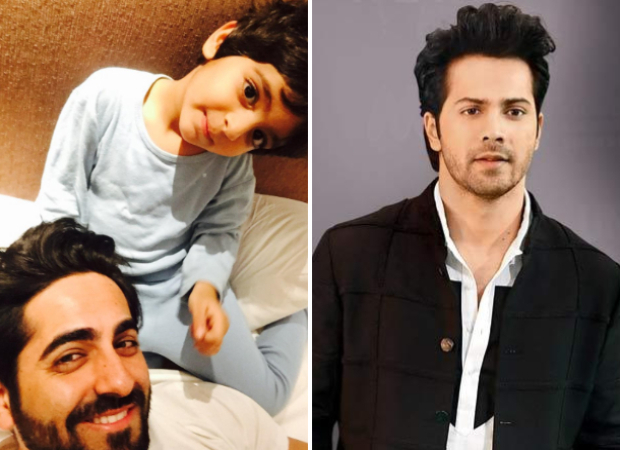 As a father of two kids - a boy and a girl, Ayushmann Khurrana has stated that being a father doesn't come in the way of him choosing his scripts. During the promotions of Article 15, Ayushmann was asked whether he is conscious about choosing his films since he is a father. He said that his son Vrajveer is only seven years old for whom it is all about fantastical heroes. This is the reason his son likes Varun Dhawan and Tiger Shroff. He said that he does not understand the story space of his father but one day he hopes his son will be proud of him and his choice of films. He added that if the storyline is good and progressive, that is how he has makes his choice. And it would have been the same way if he were single too.

Article 15 is set to get a world premiere at the tenth edition of the London Indian Film Festival. The investigative drama will be shown on the opening night. The film also stars Isha Talwar, M Nassar, Manoj Pahwa, Sayani Gupta, Kumud Mishra and Mohammed Zeeshan Ayyub. Directed by Anubhav Sinha and Produced by Benaras Media works and Zee Studios, the film which will be releasing on 27th June and is sure to put the audience in a social perspective.