Ayushmann Khurrana’s versatility as an actor is beyond questions, and his newest offering Dream Girl, which hits theatres in a day, will probably be another powerful addition to his filmography. He never ceases to surprise us with his films. But beyond that, he is also an exemplarily supportive husband who got his wife’s back during the toughest days. 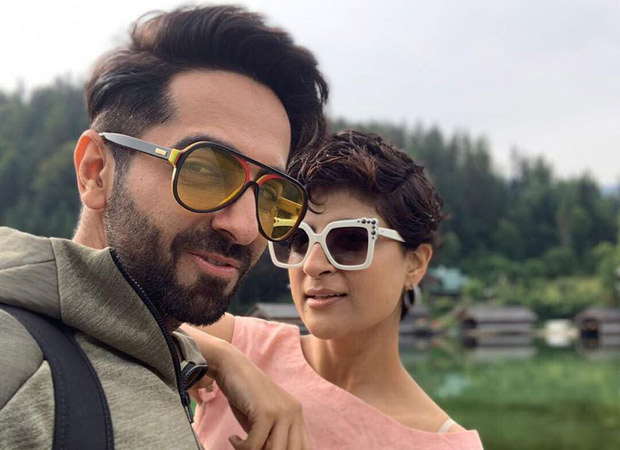 The actor took to Instagram to share a picture with his ‘dream girl’, that is, wife Tahira Kashyap. How sweet is that? The two are all decked up and it looked like they were off to a special screening of the film.

With my #Dreamgirl @tahirakashyap ❤️

Last November, Tahira was diagnosed with breast cancer, stage 1. Her social media family is a witness to the bravest show she put up and how courageously she fought against the dreadful disease. Throughout, she has credited Ayuhsmann for being her pillar of strength.

Paa le tu aisi Fateh. Samandar teri pyaas se darey. ———————————— These lines are for you @tahirakashyap. Your scars are beautiful. You are a trailblazer. Keep inspiring the millions to fight their toughest personal battles. Be the lifer you are! #worldcancerday Lensed by @atulkasbekar

Tahira, meanwhile, is also ready to debut as a director. Her first project, a slice-of-a-life drama revolving around a group of women, will be backed by T-Series and Ellipsis Entertainment. “Tahira has worn several hats…. from being the programming head of a radio station in the North to a theatre writer-director, author, teacher of mass communication and journalism, and short film-maker. Her incredible stories are rooted in realism and heart. We are delighted to back her debut journey and look forward to making many more movies with her,” a statement from the makers earlier read.

The film is set to go on floors soon.

Ayushmann Khurrana gets a cool animation…

“I have given all of my heart to Chandigarh…