Looks like Ayushmann Khurrana and Bhumi Pednekar are inseparable off screen and on screen. While they make for a crackling Jodi on screen, they work very well on screen for television appearances too. The reason being,  they are very easy and comfortable with each other and that chemistry shows. People love to watch them together. Perhaps that is why they have come together again to make a smashing appearance on Entertainment Ki Raat. 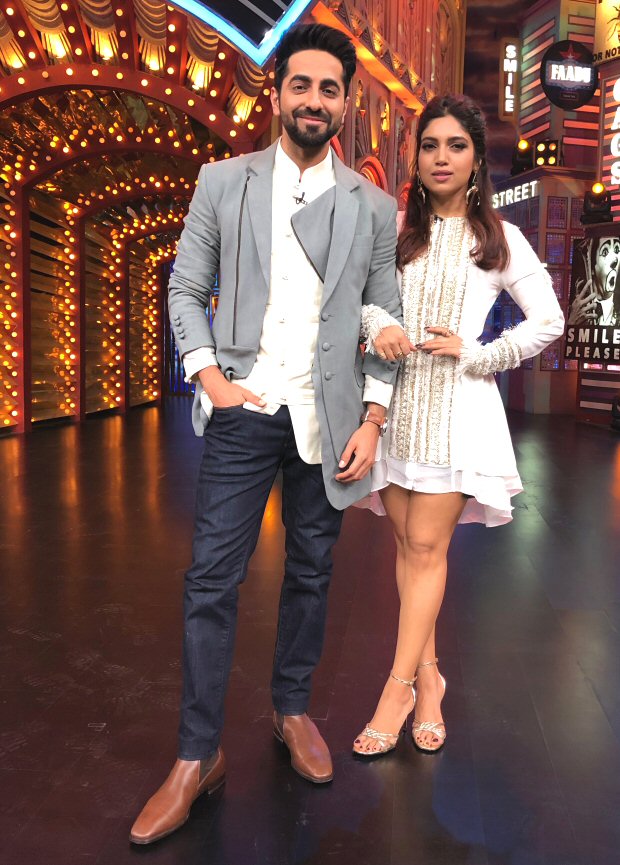 They have entertained us with their blockbusters Dum Lagaa Ke Haisha and Shubh Mangal Saavdhan and in turn they have definitely become the toast of B-town. The talented jodi were spotted shooting together for a comedy show titled Entertainment Ki Raat.

The duo, who have known each other for a while now, were spotted having a whale of a time as they brought the house down with their incredible comic timing and acting skills. The two had a blast as they cracked PJs, played fun games, and confessed never heard before funny moments in their life.

Last time we saw them together was on Neha Dhupia’s show Vogue BFFs and they had their fans crackling on their funny AF jibes at each other, jokes, etc. Here is their picture from the sets of the comedy show hosted by a bevy of talented artistes like Ravi Dubey, RJ Mallishka, Raghu Ram and Aditya Narayan.

Rashami Desai removed from Naagin 4 as…