Austin Butler, who transformed into the legendary music icon Elvis Presley for Baz Luhrmann's upcoming biopic Elvis, revealed that he found himself in a scary situation after he wrapped filming for the film last year. 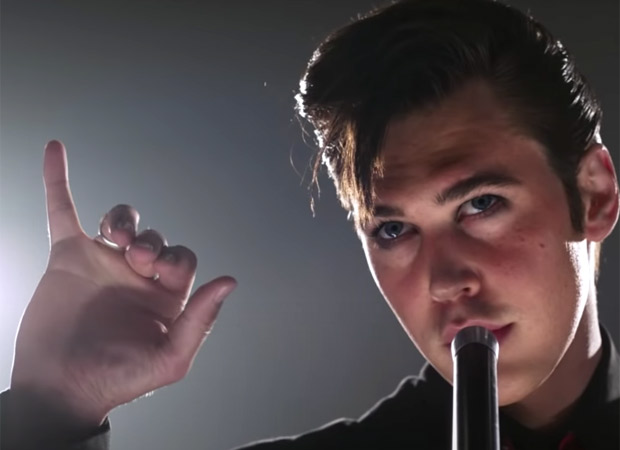 “My body just started shutting down the day after I finished Elvis,” he said. The actor was diagnosed with a virus that simulates appendicitis and explained that he was bedridden for a full week before eventually recovering from the illness.

The film chronicles the legendary performer’s life and relationship with his manager Colonel Tom Parker (played by Tom Hanks). To perfectly embody Presley, Austin worked with a movement coach, covered his apartment walls with photos and memorabilia as well as learned to talk and sing like him and studied animals that resembled the late singer. He eventually asked Hanks for advice on how he’s managed to keep his sanity in his work over time to which Butler recalled Hanks advising, “Every day I try to read something that has nothing to do with the job that I’m doing.”

“That gave me permission, because up till that point, I was only reading everything to do with Elvis. I was only listening to Elvis. It was Elvis’s influences and Elvis himself and nothing else,” he said.

He also spoke about getting into character by meeting people who knew Elvis, like his former wife Priscilla Presley, who expressed her support to the actor. After filming, Butler said he transformed himself to such an extent that even among family he would appear different. “My family said I didn’t sound like me anymore,” he told the publication.

Austin landed the titular role in July 2019, more than five years after director Baz Luhrmann began developing the project. Austin reportedly beat out a slew of high-profile talent, including Ansel Elgort, Miles Teller and Harry Styles for the role after sending in a passionate video of himself performing “Unchained Melody,” which Luhrmann remarked looked like he was “having a breakdown.”  While the role took a lot of transformation for him, there was one significant life experience Austin and Elvis shared. "His mother passed away when he was 23, and my mom passed away when I was 23,” he said. “So when I learned that, it was one of those things where I got chills, and I just thought, 'Okay, I can connect to that.'”

Elvis will span the star’s life and career and explore the difficult relationship between Presley and his tyrannical manager Colonel Tom Parker, played by Tom Hanks. Warner Bros. described the film as one that will “delve into their complex dynamic spanning over 20 years, from Presley’s rise to fame to his unprecedented stardom, against the backdrop of the evolving cultural landscape and the loss of innocence in America.”

The musical biopic will be released in theaters on June 24.