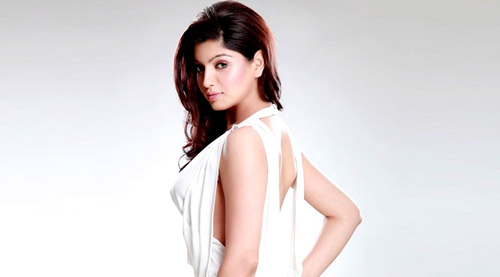 The day of reckoning has arrived. Calendar Girls is set for release and just like her other four counterparts, newcomer Akanksha Puri is all ears and eyes to gather audience response for the newest Madhur Bhandarkar offering.

Since Madhur's films are expected to bring in a shock quotient, how does that play in the film?

There were so many shocking moments for me when I was doing the film. There is one particular scene of mine which will truly shock everyone in the audience. I am sure people are going to love what Madhur sir has made me do in the film. He is someone who has worked with the likes of Tabu to Priyanka to Konkona to Kareena - each of them has enjoyed a substantial role in his films. Same holds true for my part as well. I was quite confident as it is not just about clothes and make up in the film. We aren't there just as eye candies. The film is about performance and I am glad to be able to bring that in my very first film.

Calendar Girls requires its leading lady to look glamorous on screen, which means a fair deal of skin show is the need of the hour too. How did you go about it?

I agree that many people are sharing this feedback around the film. However, trust me that Calendar Girls is not about skin show. There is nothing explicit out there. At least for my role I can say that very confidently. Yes, there are bikini scenes but only for a song. That's it; we haven't made a film that concentrates just on glamour. We have much more depth in the narrative.

However, as it happens in the industry, there is always a risk of getting typecast where for your next lot of films too; directors would expect an out and out glam persona. Do you worry about that?

I don't think I would get typecast after the film. I am sure that audiences are very mature and sensible today. I don't think they would carry any particular perceptions for long. They are not dumb these days; you can't fool them just by showing the posters (smiles).

For a newcomer, your first film is really important to make a big mark in the industry. In that aspect, how do you look at Calendar Girl as a perfect launch?

I think everything has turned out on expected lines. People are loving us even though we are newcomers. Yes, they have high expectations since it is Madhur's film. I too was expecting the same as an actress. I had offers in Hindi films before as well but wasn't sure if they were good enough for a Bollywood debut. When Calendar Girls came my way then I was pretty confident there and then. I couldn't have asked for more. This is a perfect debut.