Actor Arjun Kapoor’s recent Instagram story has hinted at the sequel of the film Mubarakan, in which he played a double role. The film also had an ensemble cast including Anil Kapoor, Athiya Shetty, Illeana D'Cruz, Ratna Pathak Shah and Neha Sharma. 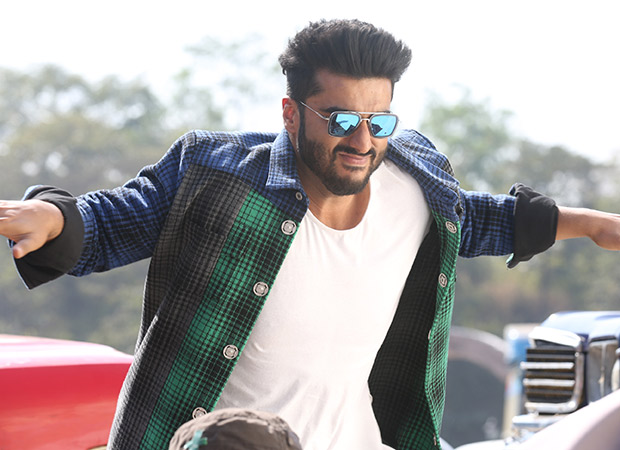 Now, Arjun Kapoor posted a still along with Anil Kapoor, who also hinted at the sequel of Mubarakan back in July.  Clad in a black tee and blue denim, Arjun is looking dapper in the snap, on which he wrote, "Who's on for Mubarakan 2?" He also tagged the star cast of Mubarakan in the post. Going by the hint Anil Kapoor gave in July, the possible sequel of the film will either be released on December 25th (Christmas Day) this year or next year. 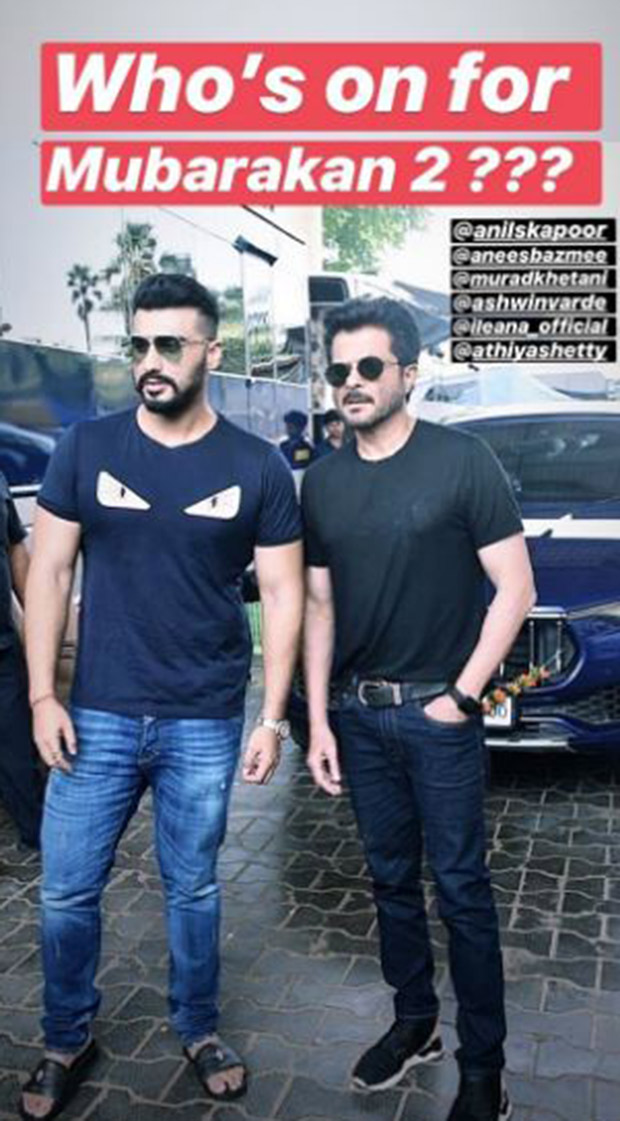 The film Mubarakan revolves around an eccentric man -- Kartar Singh (played by Anil) who helps his estranged twin nephews (double role played by Arjun) to marry the women they love. Both orphaned and raised apart, the twins come together to serve a greater purpose.

Meanwhile, on the work front, Arjun Kapoor will next be seen in the film Panipat which is scheduled to release in December. The actor has also wrapped the shoot of his film Sandeep Aur Pinky Farar opposite Parineeti Chopra.