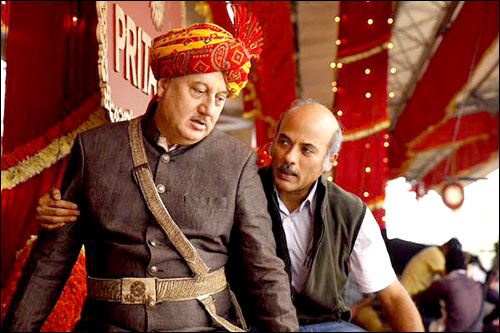 The veteran actor Anupam Kher, who has been multitasking with films as well as theater is one busy man. Of late, he is busy with the dubbing of Sooraj Barjatya's Prem Ratan Dhan Payo.

He even tweeted his 'look' in the film stating, "Started dubbing for Sooraj Barjataya's #PremRatanDhanPayo. The man is Cinematic genius in storytelling. #Fantastic."