Anubhav Sinha was, in his own words, “chilling in the hills” when  the National film awards were announced earlier this week. Nitesh Tiwari’s Chhichhore beat Sinha’s far-superior Article  15  for the best Hindi film award. And now at Filmfare, Anubhav Sinha’s Thappad wins best film. But not the Best Director.  How does that work? 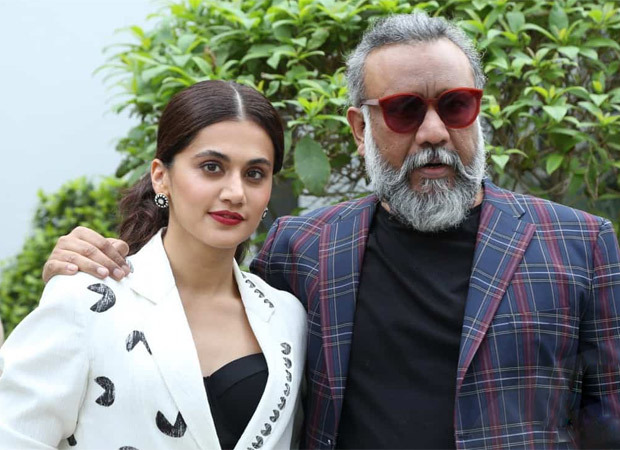 Anubhav is not brooding over that. He says, “The Filmfare awards for Thappad means so much to me. It is not a mainstream film in the strict sense of the term and it still did so well at the box-office which was heartening enough. And now all these filmfare awards in the Popular category and not in the ‘Critics Choice’. Awesome! We made the film we completely believed in and these 360 degree rewards couldn’t feel better.”

When  I congratulated Taapsee, she said, “I think this movie had a lot of people wishing some wonderful things. It touched so many so deeply that Thappad ended up making it big at the awards. Of course I feel grateful but primarily so soooo thrilled because so many from our team won awards. The people who were the backbone of the film. And it won best film. Nothing tops that. Filmmaking is all about team spirit. No team, no movie.”

I joked that soon she would have no place for her trophies in her living room. Taapsee replied, “I  don’t keep them there. I have a separate box that I keep my trophies in. Away from my and everyone’s sight. I  don’t want to forget living my life normally and  looking at the trophies staring at me all the time and building  performance pressure. So I keep them in my own little treasure box.”

Incidentally Tillotama Shome, who won the  Critics’ award  for best actress in Sir, shares  a newly-formed bonding with Taapsee. Explains  Taapsee, “I just came across her tweet and offered to help as  she wanted platelets of the same blood group as mine. Simple.”