Megastar Amitabh Bachchan was conferred with Dadasaheb Phalke Award for his immense contribution towards Indian cinema. The actor was felicitated by President of India, Ram Nath Kovind in New Delhi on Sunday. 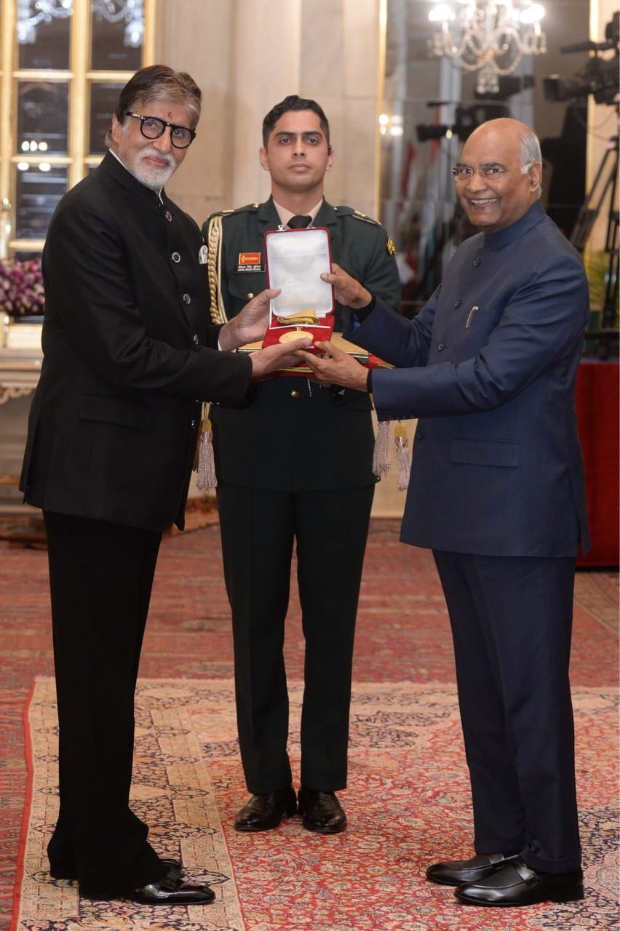 Amitabh Bachchan could not attend National Film Awards due to his health issues. But, as the award winners were invited to Rashtrapati Bhavan by President for a get-together, Big B was honoured on Sunday.

Amitabh Bachchan thanked the President and Minister of Information and Broadcasting Prakash Javadekar. He said, "It is by the grace of God, the blessings of my parents, support of colleagues from the industry and the love of the people of India that I am able to stand in front of you. It's been 50 years since the establishment of Dadasaheb Phalke Award and it is the time for which I have been working in the industry. I am grateful for this opportunity and accept this award with gratitude."

"When the award was announced, I thought if this is a hint to tell me that my time is over and I need to rest at home now. There's still some work I have to finish and I will be grateful of you all if I get more opportunities in the future," he concluded.

President Kovind's Twitter jandley shared a photo and wrote, "President Kovind presented Dadasaheb Phalke Award to Shri Amitabh Bachchan for his outstanding and invaluable contribution to cinema spanning over five decades. An actor par excellence, his work has entertained and inspired generations in India and across the world. @SrBachchan."