Filmmaker Rohit Shetty's much-awaited film Sooryavanshi starring Akshay Kumar will see cameos from Ranveer Singh and Ajay Devgn.  The director has extended his cop-universe from Singham franchise to Ranveer Singh's Simmba and now Akshay's cop drama. While Akshay had a cameo in Simmba in the post-credits scene, he never meets Ajay's character but they are seen having a conversation over the phone. 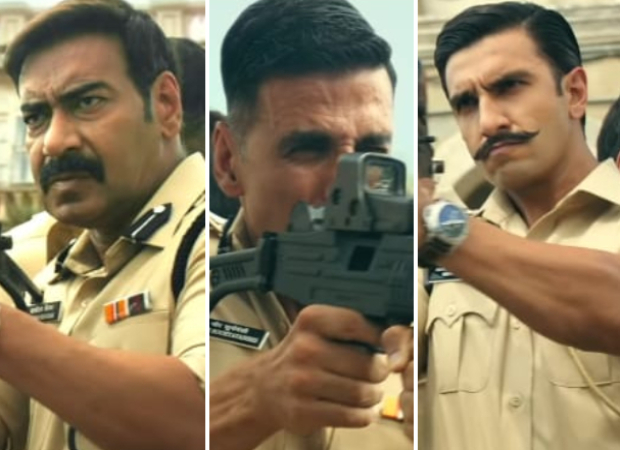 On the occasion of 1 year anniversary of Simmba, Rohit Shetty teased some climactic scenes from Sooryavanshi featuring the actors. In an era where it's a difficult task to get two leading actors on board, Rohit Shetty has managed to bring three huge stars together for larger than life climax. Akshay and Ajay have worked in several films together. Ajay said that for him and Akshay, it felt like they picked up from where they left off. It was nostalgic for them. They have witnessed each other's journey over the years. Ajay added that with Ranveer Singh on board, it felt like house on fire.

Akshay Kumar too said that it didn't feel like they were shooting. It was like a picnic and Rohit Shetty was their partner in crime. He said that he and Ajay go way back.

Sooryavanshi, directed by Rohit Shetty and starring Katrina Kaif, is set to release on March 27, 2020.