Movie Connoisseurs have an exciting 2020 to look forward to as Legend Extraordinaire Amitabh Bachchan and the dynamic Emraan Hashmi will be coming together onscreen for the very first time, for an intriguing noir drama/mystery thriller helmed by Rummy Jafry and produced by Anand Pandit! Titled Chehre, the film is all set to release on 24th April 2020, and marks the first time Amitabh Bachchan and Emraan Hashmi work with each other. The entire team is currently shooting in the scenic locales of Slovakia, amongst the picturesque Tatra mountains, a previously unexplored terrain! 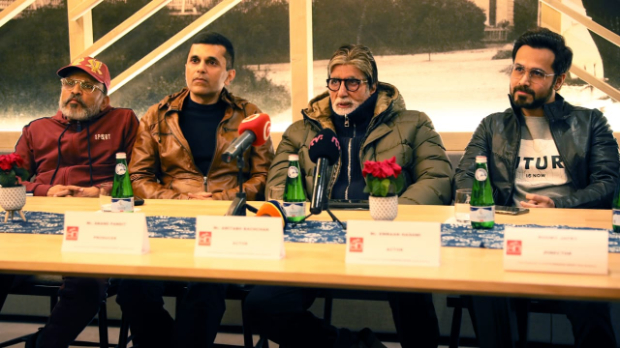 Anand Pandit Motion Pictures is one of the first production houses to explore the Slovakian mountain range to shoot a film, as it was found to be the perfect backdrop for the intense scenes. The film is currently in its final schedule of shooting which was reported to include a hand-to-hand combat scene involving Bachchan.

A special press conference was held, organized by the Government of Slovakia, with Amitabh Bachchan, Producer Anand Pandit, Emraan Hashmi, Director Rummy Jafry, Annu Kapoor and team. The entire team profusely thanked the Government of Slovakia for opening up their scenic locales for the shoot and Mr Bachchan mentioned how it was his first time visiting the country! The superstar also took to Twitter to share some pictures of mountain ranges from Slovakia. He even shared a few pictures of the sun and the moon in a single frame calling the scenery as "the magnificence of pristine Slovakia". 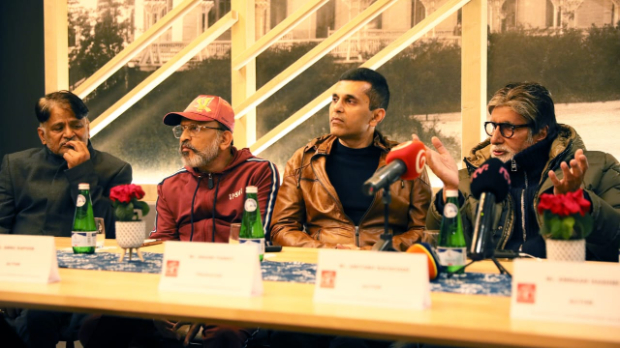 Emraan Hashmi spoke about his excitement to meet the Indians living in Slovakia and sharing screen space with the thespian. Director Rummy Jafry revealed that they chose the country as Slovakia is one of the most beautiful places in the world and it aptly suited their requirements.

The film's producer Anand Pandit had also revealed that the film's cast and crew plan to request Bachchan to direct the final scenes of the film as the actor has never been in the director's chair before. 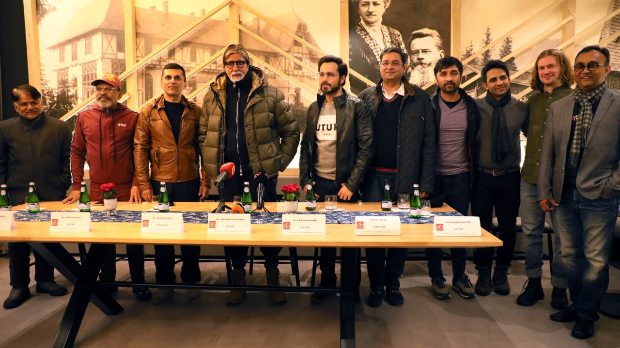 Anand Pandit says, “I would like to thank the Government of Slovakia for giving us this opportunity to shoot here. It's a lovely country and we are having a great time finishing our last schedule here. The journey of Chehre has been a tremendously exciting one and we can't wait to show the film to audiences on 24th April 2020"

Chehre also boasts of a stellar ensemble cast in the shape of Rhea Chakraborty, Siddhanth Kapoor, Drithiman Chakroborthy, Krystle D’souza, Raghubir Yadav with Annu Kapoor. While the other details around the film are heavily under wraps, initial reports have suggested it to be a crisp and engagingly thrilling drama based on the legal profession, with Mr Bachchan and Emraan Hashmi facing off against each other in pivotal roles. 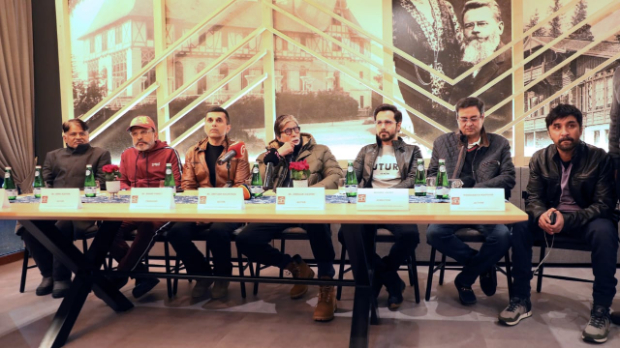 Kingdom of the Planet of the Apes unveils…

Mahira Khan casts a spell with her beauty in…