In another interesting event, American rapper Logic, known for his hitmaker 'Homicide' ft. Eminem, recently met South Korean group BTS' rapper, producer & songwriter Suga. The septet has been in Los Angeles for work commitments that included their Grammys 2020 performance followed by the first performance of their first single 'Black Swan' from their upcoming album on The Late Late Show With James Corden. 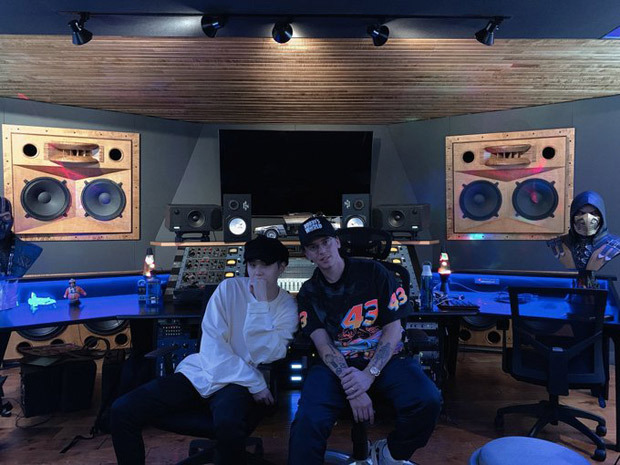 While the members are yet to return to South Korea, Suga had a studio session with Sir Robert Bryson Hall II, known professionally as Logic and we wonder what this means. He took to their official twitter account to share a photo from the studio and captioned it, "a good time! #Logic301."

This meet up between the two rappers indicates there might be something in works. As we patiently wait for the announcement, Visionary Music Group that manages Logic also shared the same photograph with a caption that read, "More studio vibes" with a red heart emoji.

It is known that Suga is set to drop his second mixtape anytime this year. His first mixtape 'Agust D' released in 2016 that revolved around his hardships, confessions of his personal struggles, mental health and more importantly, self-reflection. Suga has also produced and featured on Halsey's album 'Manic' with 'Suga's Interlude'. He has been producing music for not just BTS but several Korean artists.

ALSO READ: BTS leaves us mesmerized with modern-contemporary style during their first performance of Black Swan