In his new film Jawaani Jaaneman, Saif Ali Khan is cast (again!) as a middle aged playboy… and if that sounds like an oxymoron, then well, we will just have to wait to see how Saif carries off the role of the aging Lothario. This is not the first time he has played the roving-eyed womanizer. A list of the films where Saif dipped his wick generously. 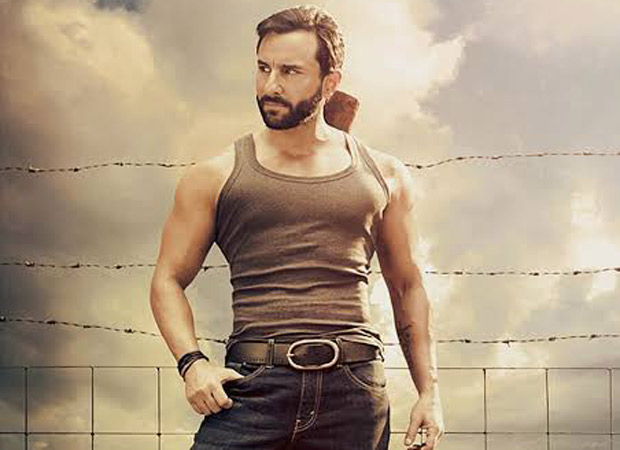 1. Aashik Aawara (1993): In his debut film, Saif tried to pull off the rakish naughty guy with a glint in the eye. It was a disastrous debut with Saif looking as awkward as it could possibly get surrounded by a bevy of chorus girls swooning over him. Best forgotten, remembered only for Saif’s real-life mom playing his mother.

2. Yeh Dillagi (1994): A poor pathetic copy of Billy Wilder’s Sabrina with Saif cast as the rich playboy who entraps his chauffeur’s daughter and then dumps her to go ‘Ole Ole’ with any girl who can lay his eyes on. The song ‘Ole Ole’ was a hit. Saif was not.

3. Main Khiladi Tu Anari (1994): Saif played Michael J Fox in this feeble attempt to re-do John Badham’s The Hard Way about a superstar (ahem, Saif) who teams up with a cop Akshay Kumar to prepare for a role as a cop. Again, Saif tried to turn on the Nawabi charm full-on.

4. Kya Kehna (2000): Typecast as the urbane commitment-phobic rake who won’t own up to his pregnant girlfriend’s baby Saif Ali Khan again played a guy who has problem being a one-woman man.

5. Dil Chahta Hai (2001): Saif was Sameer the sucker for love who falls in love with every girl he meets. This was a turn-around film for Saif as it showed him to be an actor worth taking seriously.

7. Hum Tum (2004): A flirt and a ladies’ man and an incorrigible skirt chaser until he meets Rani Mukherjee. The Government, in all its wisdom, decided to confer the National award on Saif for this role.

8. Cocktail (2012): The story of a guy who thinks life is a never-ending one-night stand. Who can forget Saif in drag romping in his apartment with two unknown chicks. Dimple Kapadia who played his mother just didn’t seem to feel maternal. Can’t blame her.

9. Happy Ending (2014): Again the footloose fancy-free guy, who thinks life is one big party. When will Saif ever grow up? Not in Jawaani Jaaneman, for sure.

Also Read: When Taimur Ali Khan had a field day with Saif Ali Khan and Kareena Kapoor Khan on the sets of Jawaani Jaaneman