The first performance of 'Black Swan' is here and we are mesmerized by BTS, once again! For unversed, South Korean phenomenon BTS is currently in Los Angeles and even performed at the Grammys 2020. Ahead of their album ('Map Of The Soul: 7') release, the members appeared on The Late Late Show with James Corden to perform their first single, 'Black Swan'. 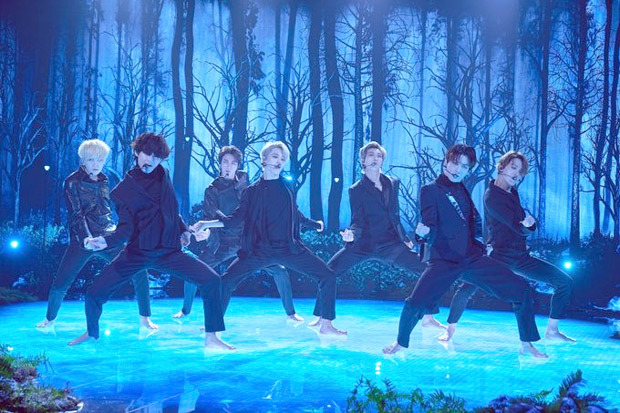 While the music video of the single was released via an art film featuring MN Dance Company, BTS did a completely different kinda performance which left everyone stunned. Dressed in all black, BTS shows you how a performance is done. RM, Jin, Suga, J-Hope, Jimin, V, and Jungkook did a seductive modern-contemporary routine which is absolutely stunning. But, one can't deny there were callbacks to 'Blood Sweat & Tears', 'Fake Love' and 'Dionysus' when it came to the choreography.  The men of BTS were dripping finesse and it is safe to say this highly awaited performance was god tier content that we needed. (we will update with official link when it's out).

During the episode, RM spoke about their album that is releasing on February 21, 2022. "The title is 7, it’s been 7 years since our debut, we have 7 members. It’s a special number for us," he told Corden.

While speaking about being first Korean artists to perform at the Grammys 2020, RM said that it was a honour to take their culture to such a grand stage. Suga said, "Next time, we want BTS to do a stage too."

When asked whether they had a message for BTS Army, Taehyung said, "We want the ARMY to be happy through our music and we will be there for you."

The Late Late Show featuring BTS will air in India on February 3, 2020, on Zee Cafe.

ALSO READ: Ariana Grande teases that BTS’ Black Swan rehearsals was the most incredible thing she had ever seen