Esha Gupta is on a spree - the one that involves leaving everyone to stop all their work, stare and stay glued to the screens as she goes on to drop yet another round of pictures from her recent photoshoot! Whilst at it, she is subtly but notably ticking off one style after another. If the weekend saw her ooze oomph in the oh-so-simple stripes, then today she decided to break the internet with her sultry take on the much-loved trend of denim-on-denim. Another day, another glorious and irresistibly sexy set of pictures featuring the sensual Esha Gupta is here to take you through the week, this time by acing the double denim style! Usually, amongst the best-dressed celebrities of tinsel town, Esha Gupta’s off-duty style is engaging and innately sartorial but also experimental as the occasion demands. This has allowed her to infuse life and copious amounts of spunk in all her photo-shoots. Last year, she set the internet ablaze with pictures of her lingerie photo shoot and gave it back to the trolls with absolute sass.

Effortless chic always, the former Miss India is popularly known as Angelina Jolie’s doppelganger. The photo-shoot has been shot by ace celebrity and fashion photographer Rahul Jhangiani and styled by ace fashion stylist Akshay Tyagi. The glam squad includes makeup artist Saniya Shadadpuri and hairstylist Anchal Morwani. Well, if you're not quite convinced yet or are looking for some serious style inspiration, feast your eyes at these pictures of Esha rocking the look. 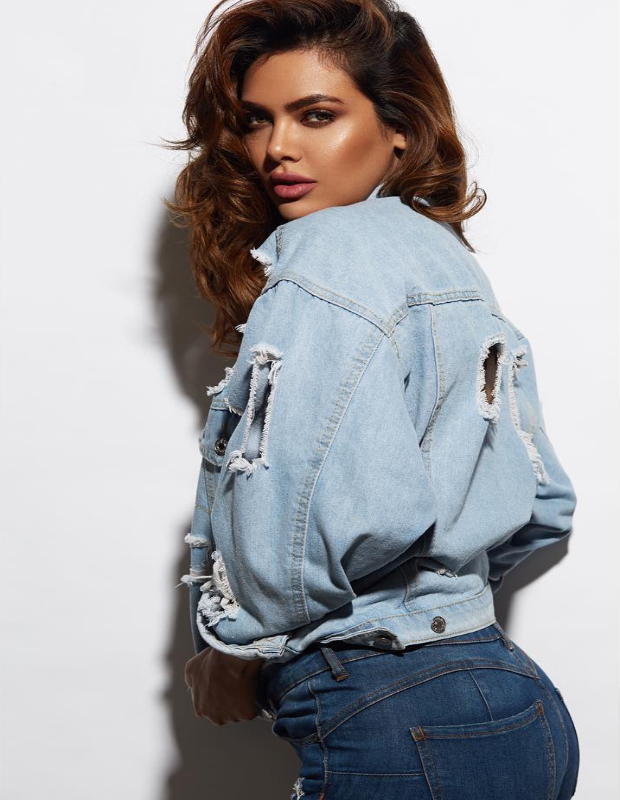 Esha sports a faded and ripped denim jacket over form fitted denims in this picture with that serious smoulder in tow. 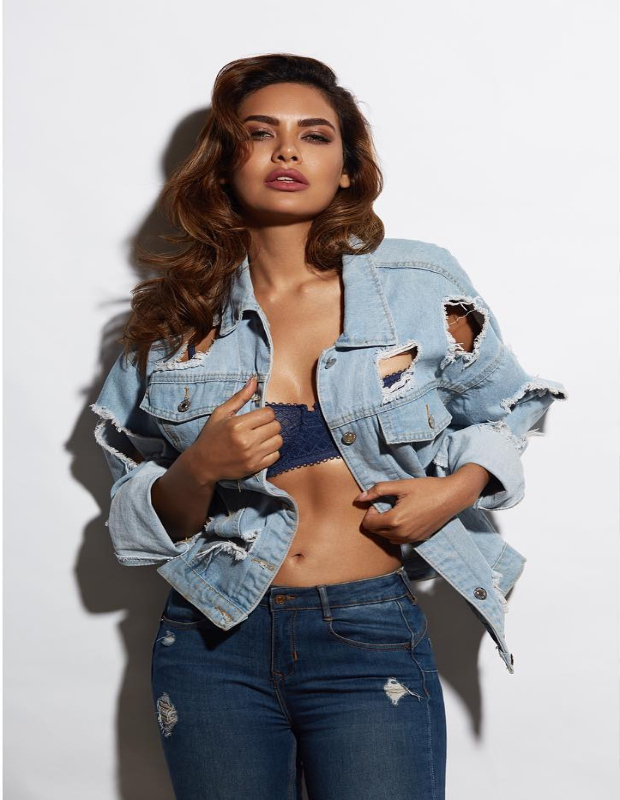 Esha bares her midriff in this picture wearing just a blue lacy bralette, layered with that oversized faded denim jacket and a pair of dark snug denims.

Also Read: This HOT photoshoot of Esha Gupta will surely make you sweat a little more this summer! 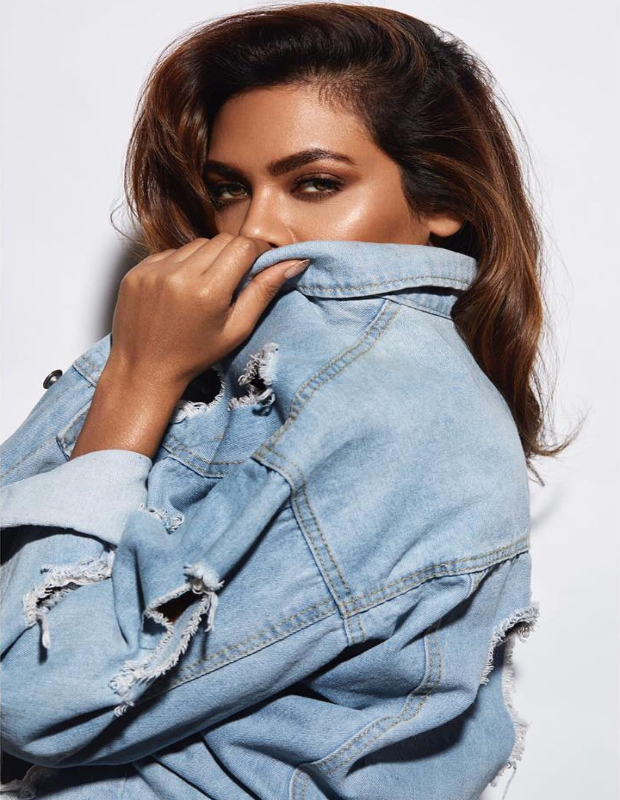 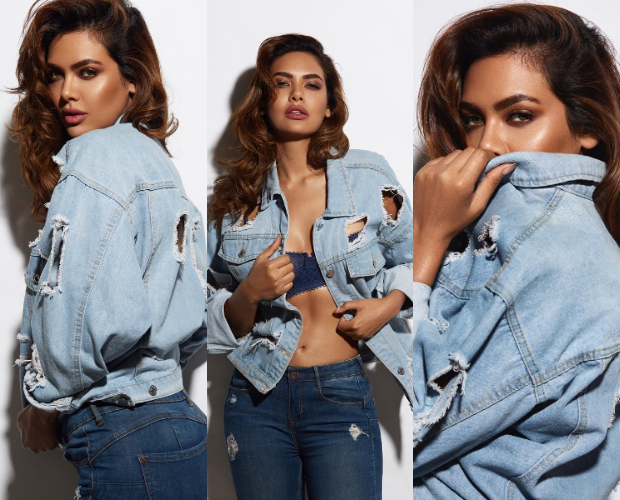 The denim on denim trend, also called as the Canadian tuxedo keeps resurfacing from time after time. A style that has been perfected in recent times by the street style mafia, the double denim trend only spells twice the fun! But Esha takes it to a whole new level of awesomeness and makes it hotter than usual affair!

On the professional front, Esha who began her film journey with Jannat 2 garnered accolades for her roles in subsequent movies like Rustom and Commando 2. She will be seen in Hera Pheri 3, and Paltan.

Surbhi Chandna becomes the talk of the town…