Alia Bhatt has peaked in her career and it is no secret that she is the best thing to have happened to Bollywood. After giving back to back terrific performances in movies like Gully Boy, Raazi last year she has swept almost all awards this year. On the personal front, she is dating Ranbir Kapoor who is known for his super awesome performances on screen and an equally tumultuous relationship off screen. Alia and Ranbir have had chemistry since she announced very early on in her career that she has fallen for him, hook line and sinker since her teenage years. When Ayan Mukherji got them together, it was just a love story that was waiting to happen off-screen. 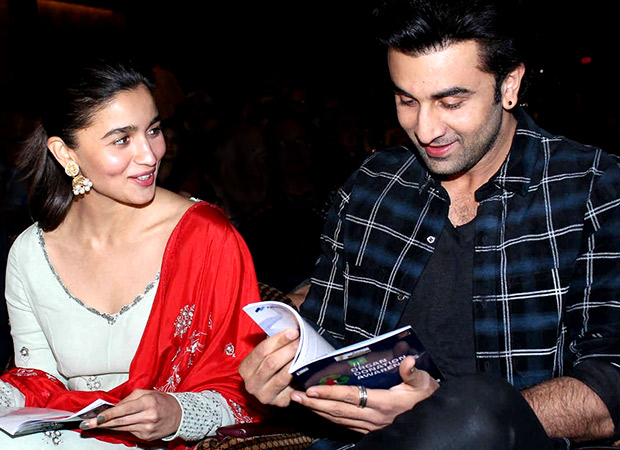 While love blossomed on the sets of Brahmastra and they did not make any effort to hide it. At the recently held Filmfare Awards, they enthralled audiences with their cute chemistry. Later, Alia Bhatt spoke about Ranbir Kapoor to Filmfare and revealed the nitty gritty of their relationship, some of them predictable and some extremely candid.

When asked about Ranbir she could not help gushing, as usual, as she said, “It’s not a relationship. It’s friendship. I’m saying this with all genuineness and honesty. It’s beautiful. I’m walking on stars and clouds right now. The best part is that we’re two individuals, who are living our own professional lives in its full form right now. He’s shooting continuously. So am I. It's not a situation where you'll see us constantly together. That's the true mark of a comfortable relationship. Nazar na lage. In fact, there’s a beautiful book titled My Brilliant Friend. Ranbir’s my brilliant friend.”

She was even prodded further to speak about dating Ranbir who is perceived as a difficult man with ladies problems. To this she said, “He’s not difficult. He’s a gem.” Speaking about his controversial past she said, “How does it matter? It’s part of someone’s life and who cares. Aur main thodi na kam hoon.”

Alia is currently working on SS Rajamouli’s next RRR with Jr. NTR and Ram Charan. She will be seen Brahmastra next with Ranbir and in Kalank with Varun Dhawan before that. She has signed a bunch of films including Takht with Karan Johar, Inshallah with Sanjay Leela Bhansali starring Ranbir Kapoor and also Sadak 2