Bollywood actress Alia Bhatt has been in London for almost two months now. She has been shooting for her Hollywood debut Heart Of Stone alongside Gal Gadot and Jamie Dornan. But, interestingly, over the past week or so, several Indian celebrities have embarked on their respective vacations and are bumping into each other in London. Karan has been spending time with Alia and a day ago, Ranveer Singh made a pit stop in London before heading to the US to meet his wife Deepika Padukone. 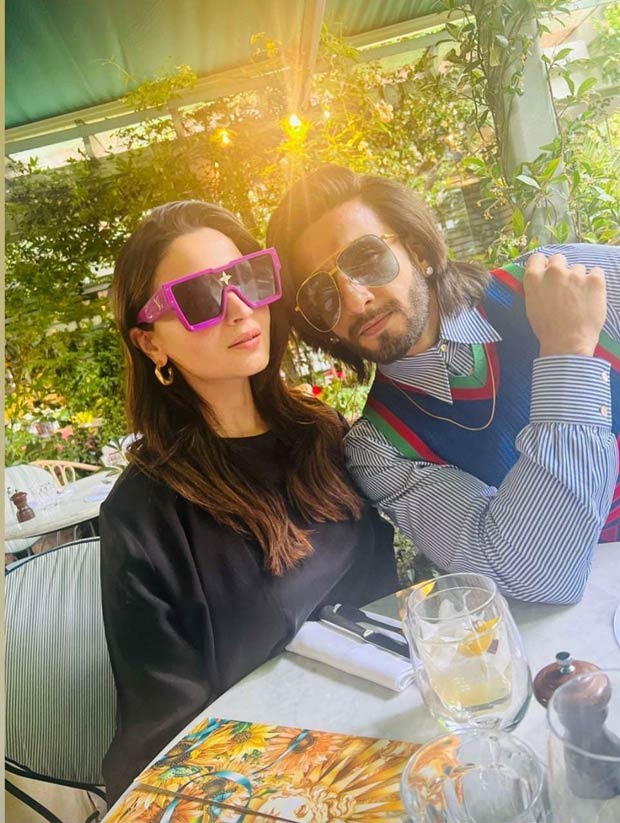 Karan Johar took to his Instagram stories to share a photo of Ranveer Singh and Alia Bhatt. The two stars wore snazzy sunglasses and outfits for their brunch outing. Karan is directing the two lead actors in Rocky Aur Rani Ki Prem Kahani. The film also stars Dharmendra, Jaya Bachchan, and Shabana Azmi. It is releasing on February 10, 2022.

Meanwhile, Alia Bhatt, earlier this week, announced her pregnancy which took social media by storm. She and her Brahmastra co-star Ranbir Kapoor got married in April 2022. Their next film Brahmastra is releasing in September 2022.

ALSO READ: Ranveer Singh heads out of India for his birthday; will meet Deepika Padukone in US