Last Updated 07.08.2022 | 6:58 PM IST
feedback language
follow us on
Bollywood Hungama » News » Bollywood Features News » Alia Bhatt CONFESSES about how much she admires Anushka Sharma and here’s what she has to say

Despite the fact that Kangana Ranaut called out Alia Bhatt terming her as spineless and a puppet in Karan Johar's hand, Alia Bhatt has always maintained that she has always respected and admired Kangana. Similarly, the actress expressed how much she adores the Zero actress Anushka Sharma and what she feels about her during the promotions of Gully Boy. 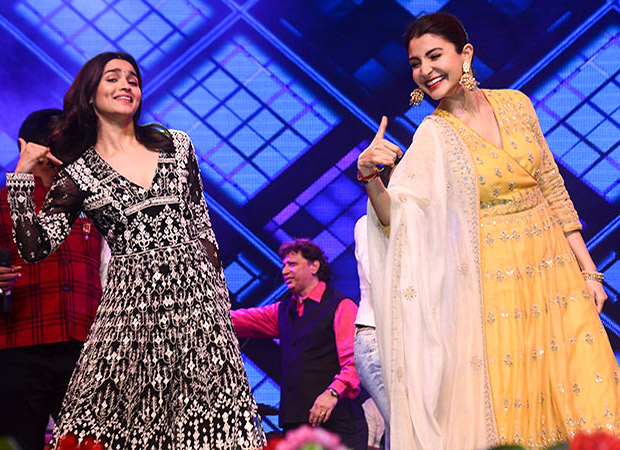 Readers would be aware that Alia Bhatt has been quite busy with the promotional schedule of the Ranveer Singh starrer Gully Boy which is hardly a couple of days away from its release. The actress, in the midst of the same, spoke about Anushka Sharma and couldn’t stop praising her for her uniqueness during a radio show. The actress stated that Anushka is the most normal actress she has ever met.

She went on to add that the Zero actress is so normal that it makes her look not so normal at times. When the actress faces a situation, according to Alia, we should watch the way Anushka speaks because she is completely herself at every moment. It seems that Alia Bhatt is quite impressed with the genuine nature of Anushka in a world filled with fake people and Alia applauds her co-actress for the same calling her unique in her own way.

If that wasn’t all, Alia Bhatt also revealed about how she could relate to the causes supported by Anushka Sharma. It is a known fact that both actresses are animal lovers. Anushka recently took her dream a step ahead by starting off a shelter for stray animals. And it is her caring nature towards animals that Alia can resonate with. In fact, Alia also added that it has been her dream to start a home for animals too and hence appreciated the way Anushka champions varied causes for animals.

Also Read: The Alia Bhatt – Kangana Ranaut row intensifies: The Raazi actress gives a RESPONSE to the Manikarnika actress’s blame that she is Karan Johar’s puppet