Well, it seems that even though her latest film Manikarnika – The Queen of Jhansi seem to have made a positive impact on the box office, Kangana Ranaut cannot stop herself from calling out to co-actors from the fraternity, especially the ones who are quite close to Karan Johar. Well, we all can recollect the nepotism debate that she sparked during the release of Rangoon with Karan. And now yet again, she seems to have been accusing Alia Bhatt, who was launched by Johar, for being a puppet in his hands. Puzzled by the allegations directed towards her, Alia Bhatt reacted to Ranaut's comments recently. 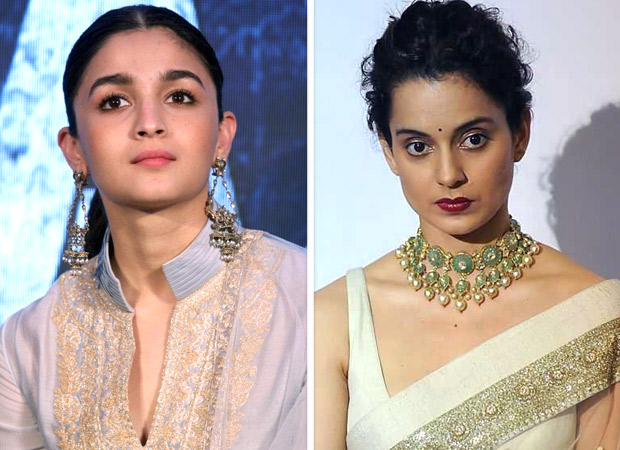 Reacting to Kangana’s comments that left Alia in shock the Raazi actress maintained in news reports that she has no idea what she has done to upset Kangana to this level. She also added that she doesn’t want to clarify anything to the media and would rather confront Ranaut personally on the matter. In the same breath, the Bhatt actress also added that she indeed admires Kangana as an actress and performer and appreciated her film choices. She also mentioned that she applauds Kangana's outspoken nature too.

For the uninitiated, Kangana Ranaut has been expressing her disappointment over not receiving support from a Gen Y icon like Alia Bhatt for her film Manikarnika – The Queen of Jhansi. The actress feels that Bollywood is staying silent over the success of her film and that someone who has been an idol for the youth like Alia should be coming out in support of the film since it revolves around the topic of women empowerment. She also added that this has to do with the fact that Alia Bhatt is the 'student' of Karan Johar and went on to call her as a puppet in his hands. She reportedly also asked Alia to grow a spine to speak up about relevant issues.