Ali Abbas Zafar has been gracing us with some amazing behind-the-scenes pictures from the sets of Bharat ever since the promotions began. This movie, according to Katrina Kaif, is Ali’s best script and they couldn’t be more proud of the work they’ve done. While the fans can’t wait to see Salman Khan in a never seen before avatar, Ali is only increasing the fans’ anticipation by dropping stills one after the other. 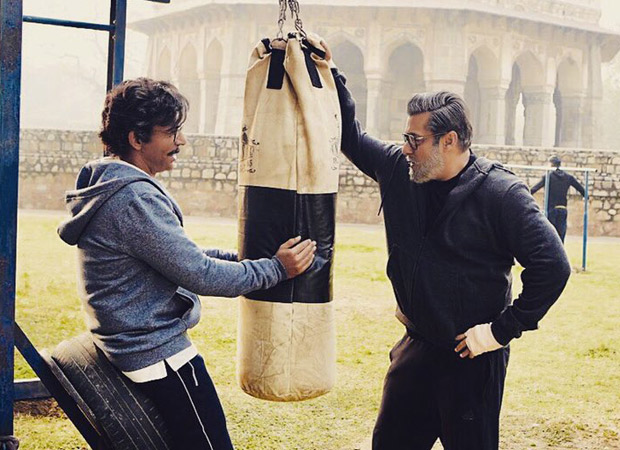 He took to his social media to share the latest still from the movie featuring Salman Khan and Sunil Grover. Salman is seen in his late 60’s look with Sunil Grover and they’re all set for their early morning boxing sesh. The picture gets better as the two actors are all smiles while they’re captured candidly. This still is proof that Bharat is going to be one emotional rollercoaster of a film that will explore all sorts of relationships and precious friendships.

Take a look at the still.

Slated to release on June 5, Bharat also stars Katrina Kaif, Jackie Shroff, and Disha Patani in pivotal roles. Apart from the star cast, the fact that Salman will be seen donning 5 different looks from the age of 18 to 72 years, has kept the buzz and the love for his film really high.

Also Read: VIDEO: From his favourite look in Bharat to what he likes about Ali Abbas Zafar Salman Khan tells all