Akshay Kumar and Twinkle Khanna are running pillar to post promoting their new movie, Pad Man. Well, the film is based on a real life inspiring story of Arunachalam Muruganantham from Tamil Nadu who revolutionised menstrual hygiene by making sanitary napkins available to women across rural South India at affordable rates. Twinkle first wrote a short story on the topic which later blossomed into a full flown feature film produced by her and directed by R Balki. While, the entire Bollywood has supported the movie by posing for pictures with pads, the film has received support from the government too. 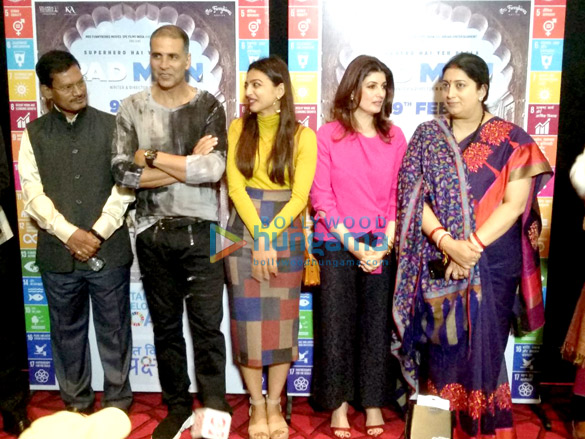 Akshay, Twinkle and female lead Radhika Apte were snapped at a special screening organised for the Information and Broadcasting and Textiles Minister Smriti Irani. Recently, the both Akshay and Twinkle met Prime Minister Narendra Modi and Smriti Irani to enlist their support in their campaign for female hygiene and empowerment. Sources told press that the reason both Akshay and Mrs Funnybones met PM Modi and Irani was because they want to make short videos on the topic on Doordarshan. Looks like government whole heartedly supports the initiative by the filmy couple. To In addition to this, they also brought out the pertinent topic the issue of GST and luxury tax levied on sanitary napkins, with the ministers after citing studies which prove that girls in villages drop out of school soon after they hit puberty. The couple is also trying to making the napkins available to the masses at free or subsidised rates. 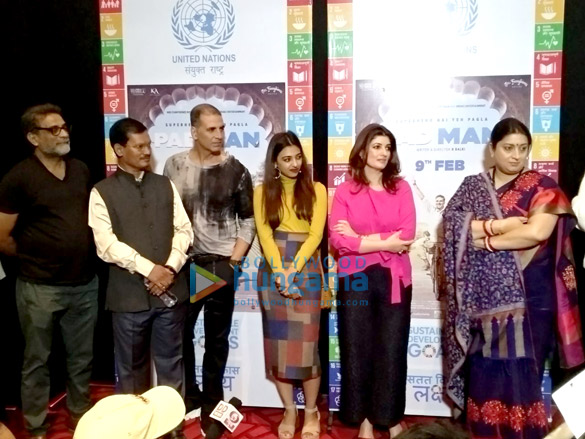 Check out the pictures from today’s special screening. Watch out this space for an early bird review of the movie and more. 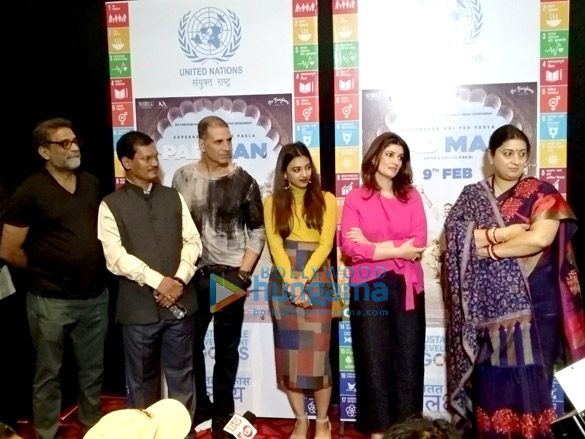