Akshay Kumar is on a rampage, and he is happy to let the world know about it! Smartly choosing his films and making them at a rapid pace (at an average of two to three every year), the superstar is demonstrating it once again that smart script sense coupled with impeccable business acumen can do wonders when played wise. The journey that he took on around half a decade ago is continuing to pay dividends, what with five back to back centuries already to his name. 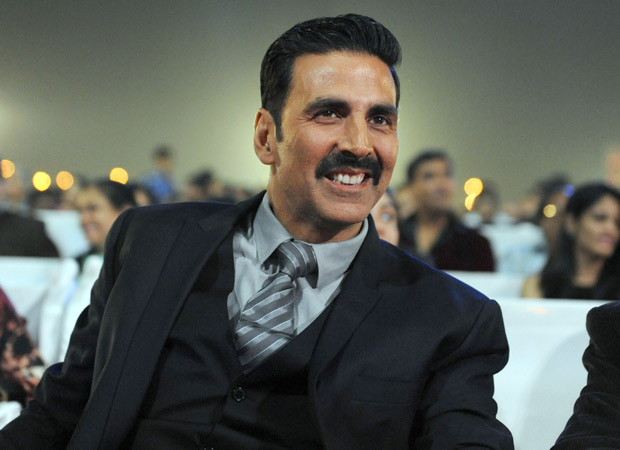 While one waits to see the kind of distance that Pad Man and 2.0 cover (they are aiming for the Rs. 100 Crore and 300 Crore Club respectively), the mid-spot of Rs. 200 Crore Club could well be filled by Gold if (a rather extended and well knit) teaser is any indication.

First things first, Akshay Kumar in the role of a Bengali business is a hoot no less. It is not a caricature, it is real, and yes, it is filmy. The kind which is made to impress. In that aspect, one wonders how exactly did director Reema Kagti collaborate with her star-actor to enact a part like this and what exactly did she convey in his ears.

Reason being that in his mind, Akshay Kumar seems to be pretty sorted about how he wanted to make Gold his goal!

A period film with a difference, considering the fact that it talks about sports for the love of the nation instead of any 'bharat chodho andolan', Gold seems to be getting all the ticks right against the boxes as far as authentic display of stage and setting is concerned. Yes, you do remember Detective Byomkesh Bakshy as well, considering the fact that the Dibakar Banerjee and Sushant Singh Rajput film had a Bengali base to it. However, the budget kept aside by Farhan Akhtar and Ritesh Sidhwani for this big sports-patriotic combo affair shows in the one minute of the film that has been smartly cut in this teaser.

As for Akshay Kumar, he indeed knows where the money is!

While on social films like Pad Man and Toilet - Ek Prem Katha he keeps the purse strings under check and completes an entire movie in a production budge hovering around the Rs. 20 crore mark, when it comes to a relative biggie like Gold, he allows the money to do the talking.

Even then, what is remarkable is the fact that these biggies too get completed in record time, hence allowing crores of moolah in interest to be saved. While he commits certain dates to his makers and sticks to them through holidays and (God forbid) illness, he expects his makers to reciprocate too by being on the top of their game, come prepared on the sets and get the entire post production completed at a rapid pace.

The date is set as August 15 for Gold and Akshay Kumar is gearing up to strike hard.