Amazon Prime Video recently announced that Akshay Kumar will make his digital debut with their upcoming action-packed Prime Original thriller series, The End (working title). Coming from Abundantia Entertainment, the creators of critically acclaimed Prime Original Series, Breathe, the show, also the streaming debut of Akshay Kumar, marks the second collaboration between Amazon Prime Video and Abundantia Entertainment. Producer Vikram Malhotra recently revealed that he and Akshay Kumar were in talks for a year to get him on board. 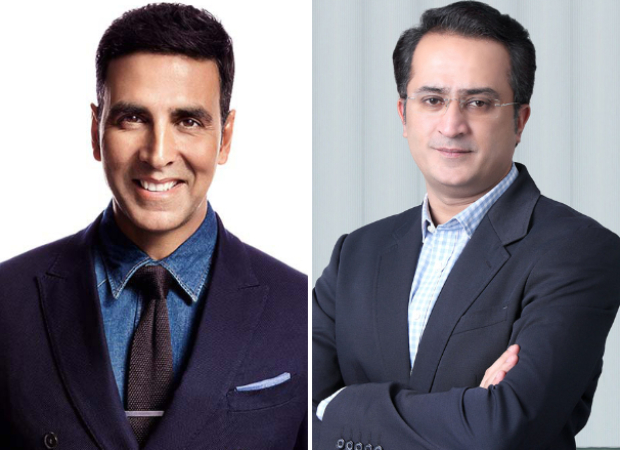 Akshay Kumar was in talks about his digital debut for over a year, reveals producer Vikram Malhotra

Vikram Malhotra revealed that Akshay Kumar making his digital debut didn't stem from one conversation. They were in talks for over a year and constantly in talks for the possibility to get him on digital platform. He said that the superstar seeks novelty in everything he does from 2.0 to Pad Man. The producer even revealed that Akshay Kumar had watched Amazon's first hit series in India, Breathe which starred R Madhavan and Amit Sadh. His biggest push came from his son Aarav.

Touted to be made on a massive scale, Vikram Malhotra further revealed that they plan to tell the Indian story on a global level. He added that Akshay Kumar understands the potential of the platform and he is also the best in the genre of action. He was the only choice for the role and no one else came for their mind. It will be a multi-season series which will require three to four years.

Vikram Malhotra, CEO – Abundantia Entertainment & Executive Producer, earlier said, “Akshay and I have successfully collaborated on multiple films over the last decade and his versatility in choice of roles is unmatched. We, now, mutually felt that it was time to take things to the next level. I am proud that he makes his digital debut with Amazon Prime Video & Abundantia in a genre-defining, edge-of-the-seat action drama series. Unafraid of taking risks, we are certain that he would be perfect for the character he plays on the show and his fans would be excited to see him back in an action-packed role. This time, Akshay will take his action and stunts to a never-seen-before level. I am equally delighted to once again work with the wonderful team at Amazon Prime Video and take Abundantia’s high-quality story-telling to the next level.”

Actor Akshay Kumar said, “I have always believed in bringing innovation to my work and throughout my career, have tried to tell unique stories, work with break-through talent and be part of disruptive and high-quality story-telling. Together, Abundantia and I have created some of my most memorable roles in films like Baby, Airlift and Toilet - Ek Prem Katha and their passion towards their films and projects is incredible. From the very concept of the show, I am working very closely with Vikram and his team as they create this compelling and highly intriguing story. I can’t wait to start rolling for this action-adventure series that will be Amazon Original for global audiences. The digital world excited me and I am delighted to make my streaming debut with this show. And if I were to make a small confession here, it was my son Aarav who suggested that I make my digital debut as that’s what the youth is hooked onto. On this medium, I want to create something extraordinary and connect with them.”