Raveena Tandon and Akshay Kumar sizzled on the big screen together as they danced on ‘Tip Tip Barsa Paani’ in Mohra. The chartbuster remains to be evergreen and their scorching chemistry became the talk of the town. Now almost two and half decades later, the song will be recreated for another Akshay Kumar film. The Rohit Shetty cop drama Sooryavanshi where the Khiladi actor will be seen dancing with Katrina Kaif. Whereas, Raveena, on whom the song was originally picturized on, has the perfect reply when she was asked to react on the news of the remake. 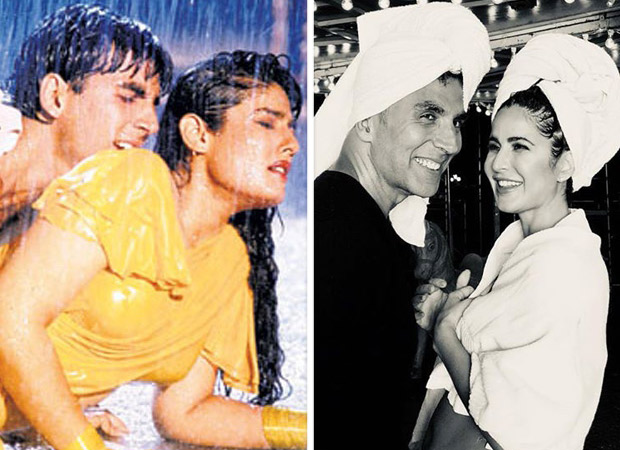 Raveena Tandon, who is not only a popular actress but has also become a social media celebrity now, was asked what her reaction to the remake of her cult number ‘Tip Tip Barsa Paani’ is! The actress explained it in recent reports wherein she revealed that she loves remixes and finds them superb. And going by her response, it looks like Raveena is quite eager to see Katrina play her role in this famous rain number!

Readers would be aware that the remake of ‘Tip Tip Barsa Paani’ has already been shot! Photos of Katrina Kaif from the sets of Sooryavanshi made rounds on social media earlier this week and she was seen with none other than Farah Khan. Farah is choreographing the song in this Rohit Shetty film.

Completing the cop universe, Sooryavanshi is the third cop character introduced by Rohit Shetty after Singham and Simmba. With Akshay Kumar playing the role of ATS Chief, Katrina Kaif plays his love interest and Gulshan Grover plays the antagonist. The film is slated to release on March 27, 2020.