Just earlier this week, as Arjun Kapoor geared up to celebrate his birthday, girlfriend Malaika Arora made their relationship official on social media. While neither of the actors has spoken directly about their relationship during media appearances, Malaika shared a lovey-dovey post wishing her beau on his birthday. The couple, as we know, are currently in New York as the birthday celebrations continue and Arjun recently met up with his cousin Jahaan Kapoor during his New York trip too! 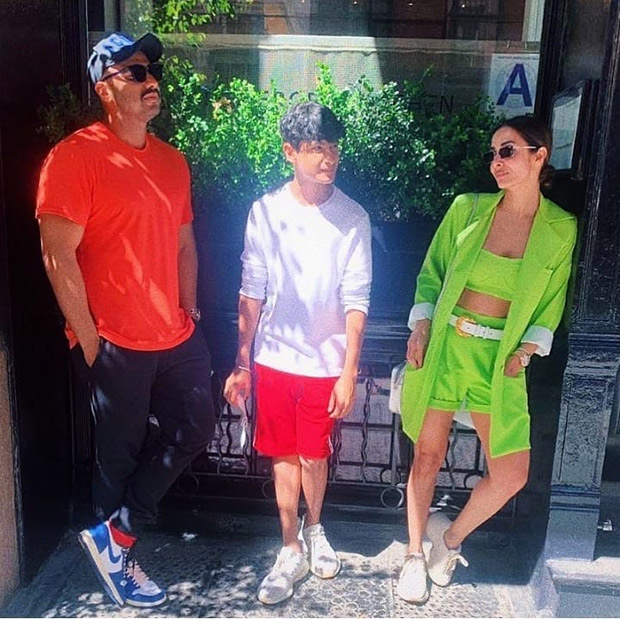 Jahaan Kapoor, for the uninitiated, is the son of Sanjay Kapoor and Maheep Kapoor and is the younger brother of Shanaya Kapoor. The teenage star kid is currently pursuing his further studies and needless to say, he was quite excited to have his uncle by his side! Let us tell you that the couple isn’t alone in the U.S but they are actually accompanied by the Kapoor family. Sanjay Kapoor, Maheep Kapoor and even Shanaya Kapoor are part of the trip. Here, have a look at the photos where the entire family is seen bonding and chilling:

On the work front, Arjun Kapoor will next be seen in Panipat that also stars Sanjay Dutt and Kriti Sanon. The film is a historical drama, directed by Ashutosh Gowariker and it is slated to release in December this year.