Pakistani playback singer Rahat Fateh Ali Khan revealed on June 26 that he was felicitated with an honourary degree at the prestigious Oxford University. The singer was given the degree Doctor of Music. 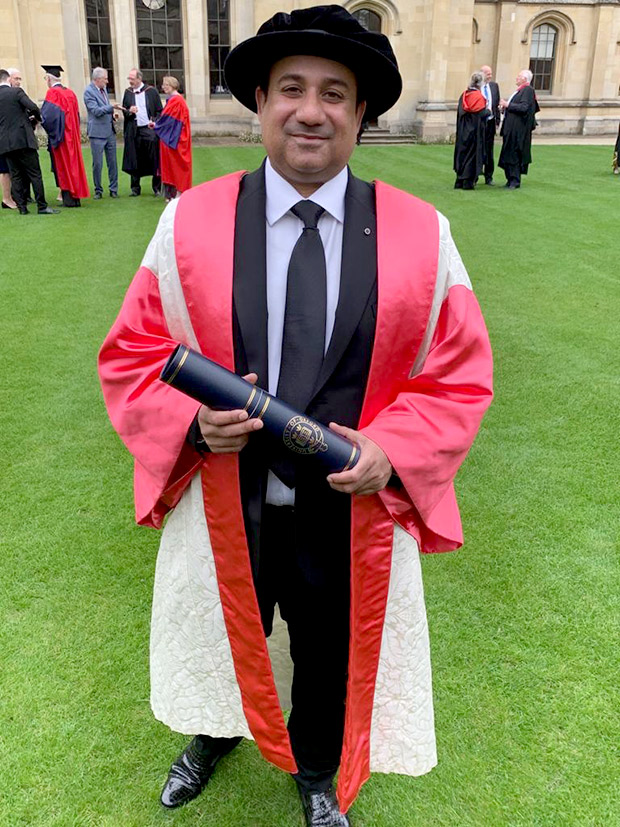 “I am honoured to be accepting this degree from Oxford University, a world famous educational institution. This is a very special day for my family and I, but also for my fans, who have shared this journey with me. To be presented with this honour is a massive achievement and I am happy that my music has allowed me to reach such incredible heights,” he said in the video which was shared on his Twitter page.

The veteran singer even performed at Oxford Town Hall on June 27. Rahat Fateh Ali Khan has done playback in many Bollywood films and some of his iconic songs are 'Tere Bin' from Simmba, 'Mere Rashke Qamar' from Baadshaho, 'Jag Ghoomeya' in Sultan, 'Tere Mast Mast Do Nain' in Dabangg among others.

Here to the world and all the well wishers of #UstadRahatFatehAliKhan Presenting Dr Rahat Fateh Ali Khan@UniofOxford pic.twitter.com/JrxXSd9IrP

#UstadRahatFatehAlihkan & Malala Yusufzai in Conversation about the representation of Pakistan in music internationally at the @UniofOxford @ItsSalmanAhmed pic.twitter.com/90HGyCOWDn