It’s not every day that the who’s who of tinsel town descends to mesmerize us. But when they do, in all their ethnic fineries, we remain glued to their sartorial shenanigans. The Ambanis threw a lavish bash to commemorate the engagement of their son Akash Ambani to fiancée Shloka Mehta. The eldest son of Mukesh Ambani and Nita Ambani got engaged to Shloka earlier in Goa this year. The venue of this glittery affair was their 27-storey south Mumbai residence - Antilia. The equally snazzy invite that came earlier this month was replete with a minute-long montage video of the couple, set to a popular Bollywood song, sent on behalf of Mukesh Ambani, Nita Ambani and Akash Ambani's siblings Isha Ambani and Anant Ambani. The Bollywood glitterati who made their fashionable presence felt at the Akash Ambani-Shloka Mehta engagement bash included the likes of Shah Rukh Khan with wife Gauri Khan, Priyanka Chopra with beau Nick Jonas, Alia Bhatt, Ranbir Kapoor and Karan Johar.

Getting their ethnic game on point, here is a closer look at who wore what at the soiree. 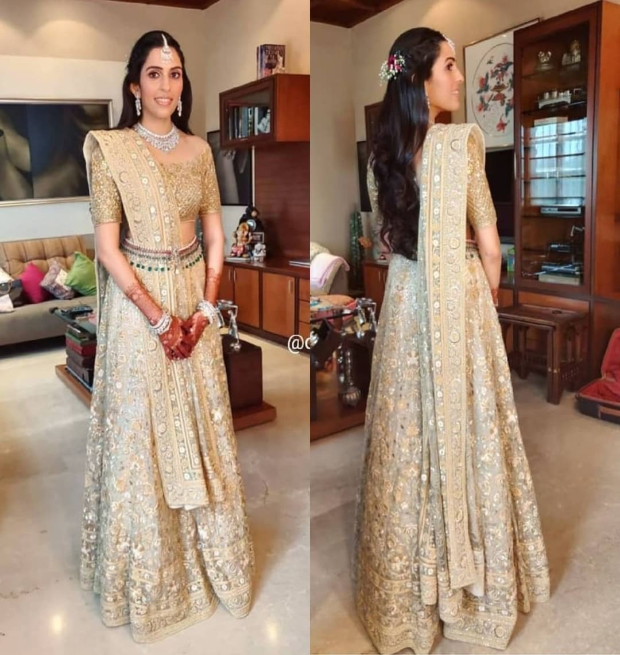 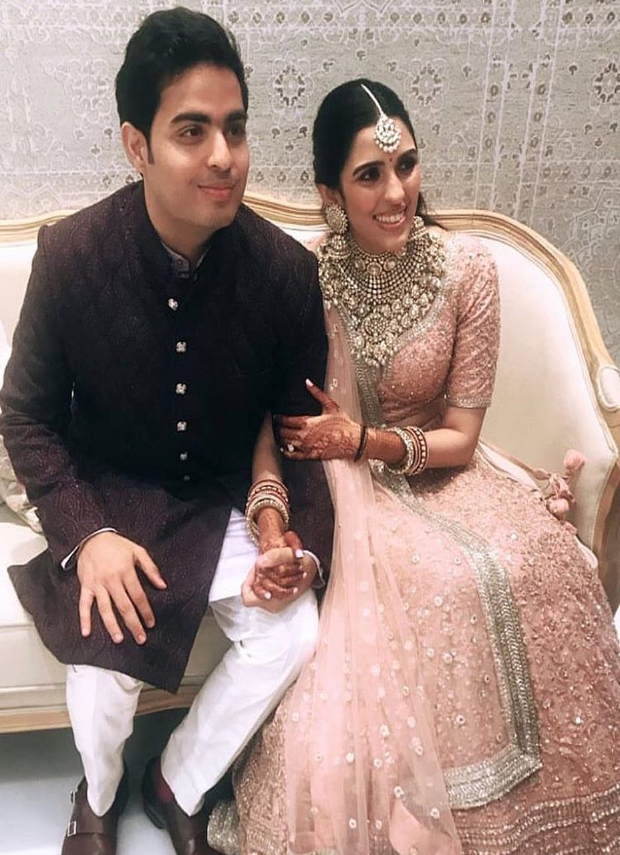 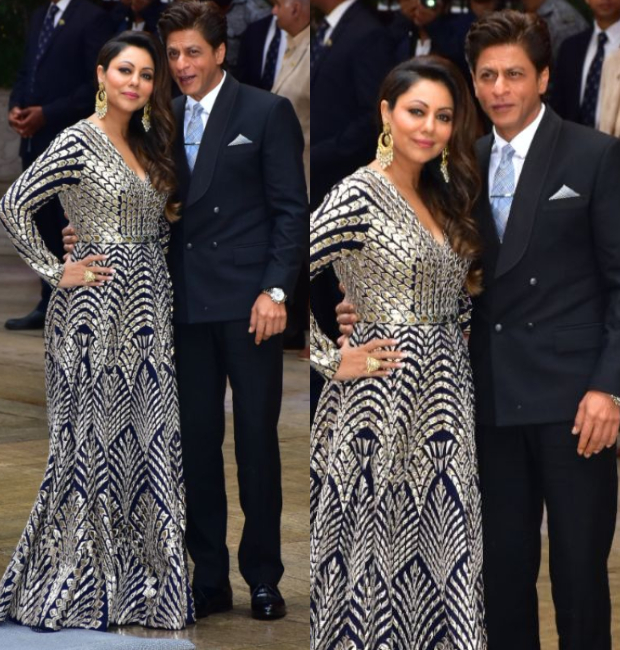 Shah Rukh suited up in a customised suit from Masculine with well-groomed mane and makeup. Gauri who was styled by Mohit Rai opted for a Falguni and Shane Peacock blue applique work Anarkali with statement earrings from Satyani Fine Jewels and a ring. A flawless makeup and soft wavy hair rounded out her look.

Also Read: Shah Rukh Khan hopes he has touched hearts and lives of people during his 26 years journey in Bollywood 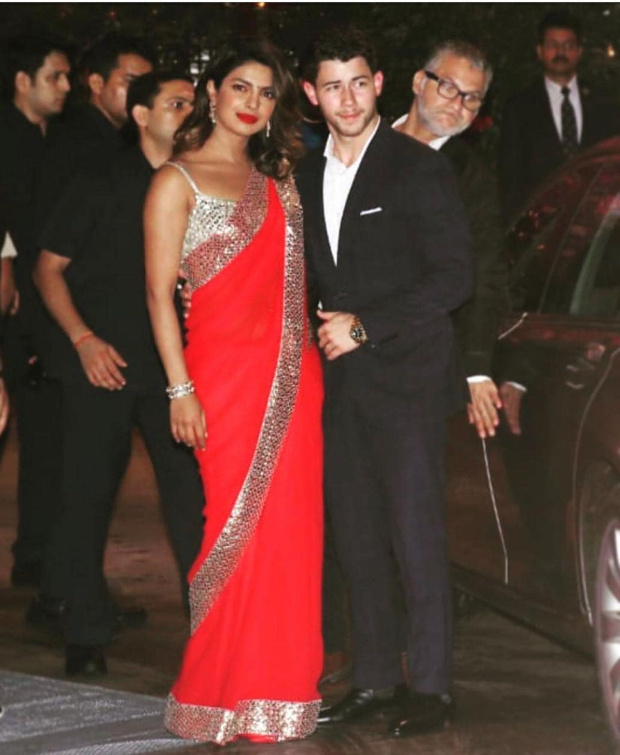 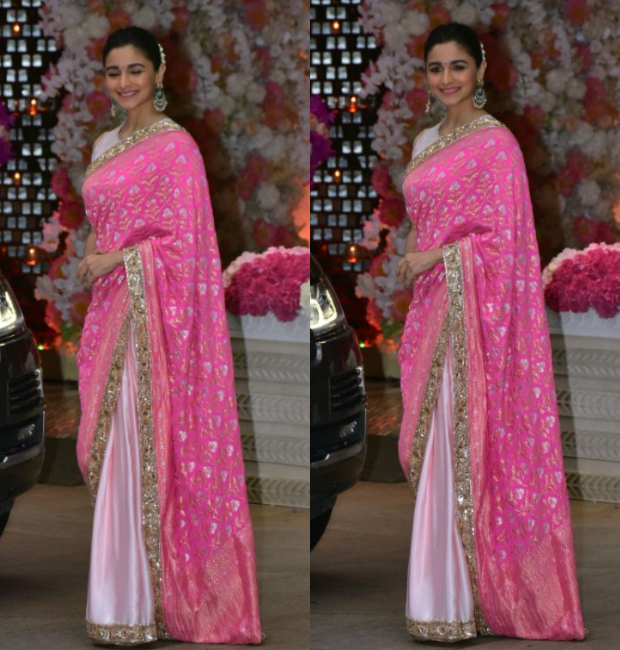 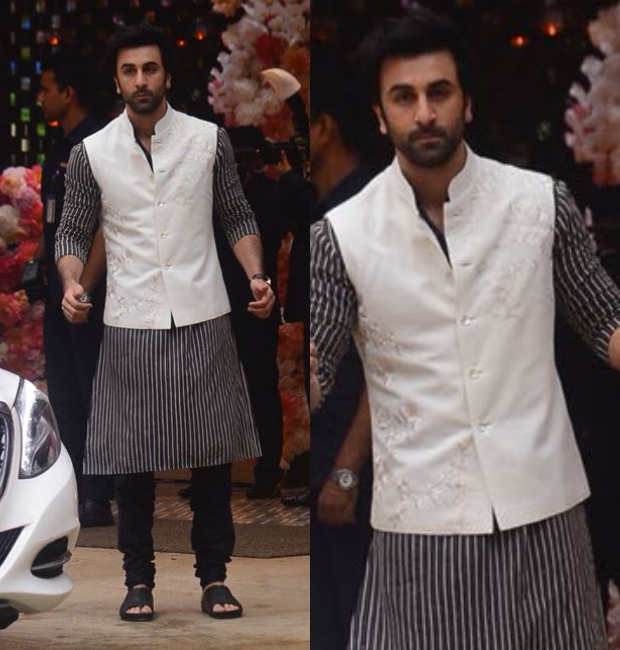 Ranbir who was styled by Priyanka and Kazim opted for a Rohit Bal ensemble with flats from Peter Non. Well-groomed hair and stubble accompanied his easy vibe. 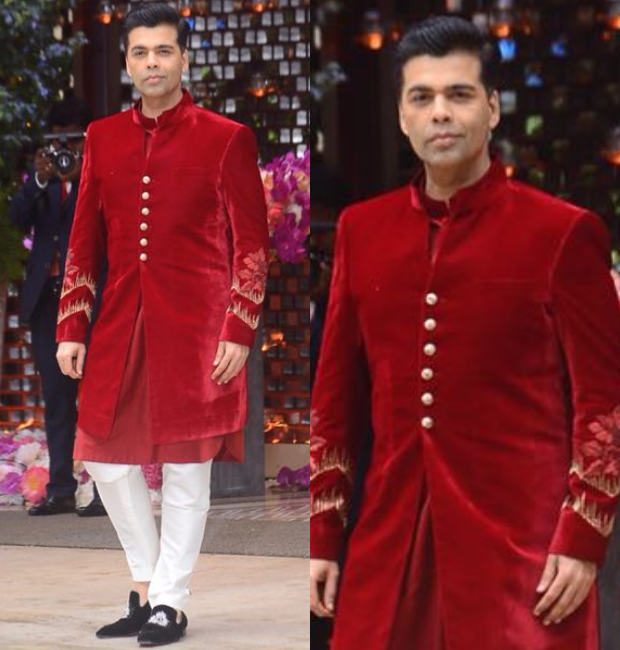 Styled by Nikita Jaisinghani, Karan looked impeccable in red – a velvet sherwani from Manish Malhotra with patent leather loafers, a well-groomed mane and that signature pout in tow.

Also Read: IIFA Rocks 2018: Karan Johar shows us why you can never go wrong with a generous dash of HOT PINK!

While Akash is on the board of Reliance Jio, Shloka who is the daughter of the daughter of Russell Mehta owner of Rosy Blue Diamonds, one of the country’s leading diamond companies is a Director with Rosy Blue Foundation. As per reports, the couple is expected to tie the knot later this year.