We believe that it would be quite safe to say that Priyanka Chopra has us all firmly wrapped around her finger. Whether she is in NYC, doing her thing, being the fabulous gun-trotting Alex Parrish, ticking off magazine covers from her list or being the style maven strutting in style. Her recent shenanigans of dating the hottie, much-younger millennial, Nick Jonas has us entirely hooked, booked and cooked. Living the glorious American dream to the hilt, PeeCee knows how to rake up a storm every time she steps out. Last night saw her wreck yet mayhem at the glitzy engagement bash of the Ambani scion, Akash Ambani to the pretty Shloka Mehta. Priyanka Chopra opted for a scintillating red saree with a shimmery blouse with the hottie Nick Jonas by her side. Looking every bit of her character Neha Melwani from the iconic song, Desi Girl of the 2008 movie, Dostana – PeeCee stole the thunder from Akash Ambani and Shloka Mehta at their engagement party! As she twirled, smiled and flirted with Nick Jonas in tow, we have no qualms in accepting that we ARE SHOOK!

PeeCee was all smiles as Nick looked coy and a little conscious of the shutterbugs clamouring for attention. Leaving us awestruck, like always, PeeCee and Nick looked absolutely adorable and here is a closer look at her #OOTN. 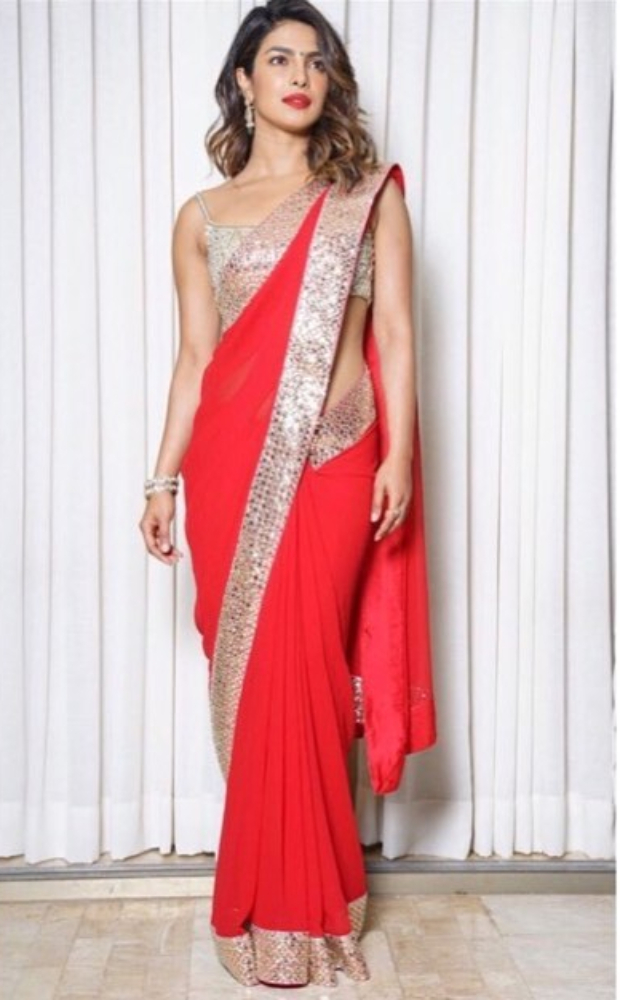 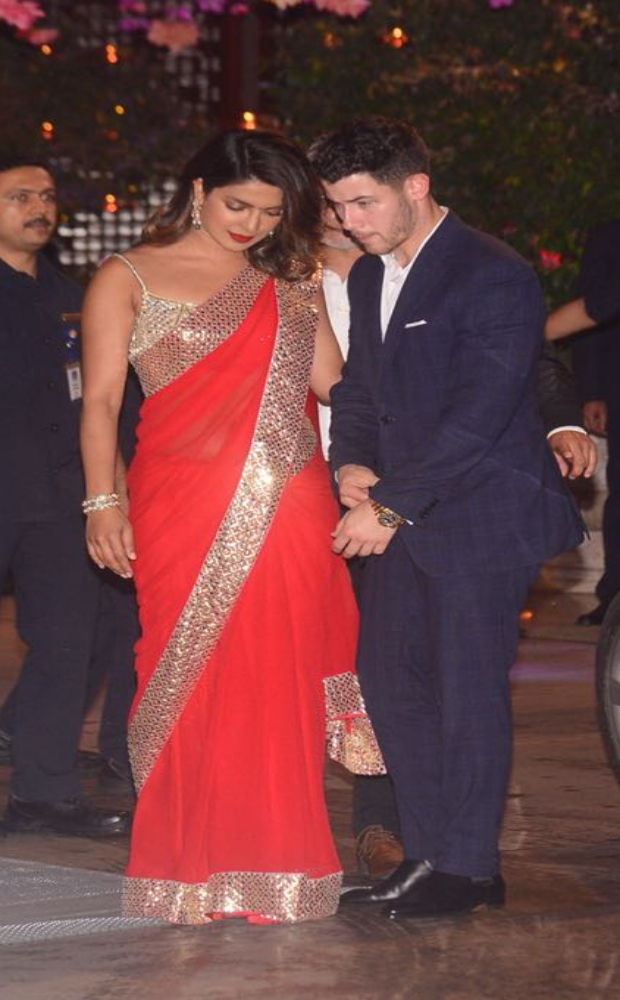 She accessorised her look with earrings and kadas from Amrapali Jewels. 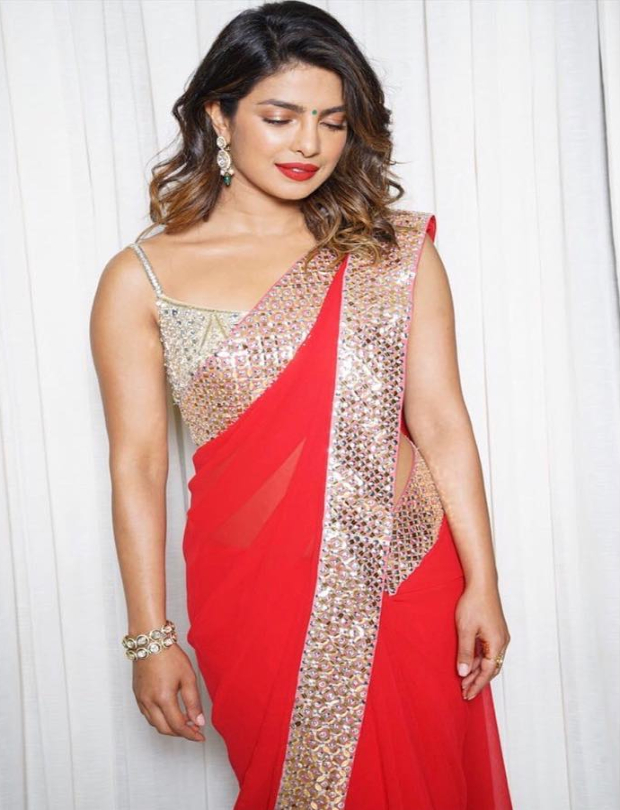 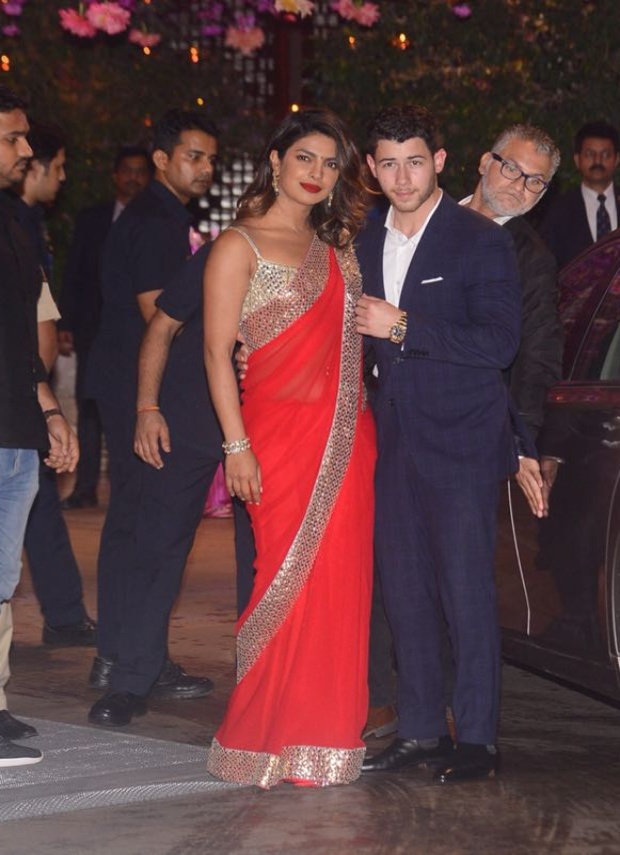 Also Read: Fierce, fabulous, fearless – Priyanka Chopra is the HOTTEST woman on this planet! Look at her sizzle on Maxim this month! 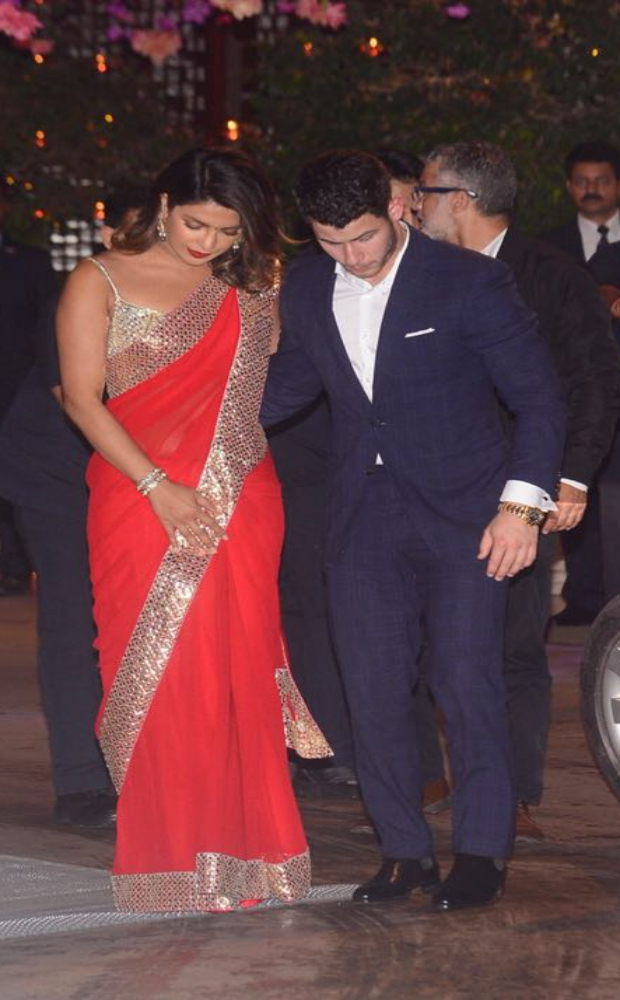 Nick, who cut out a dapper picture in a suit, perfected our Desi Girl to the T! 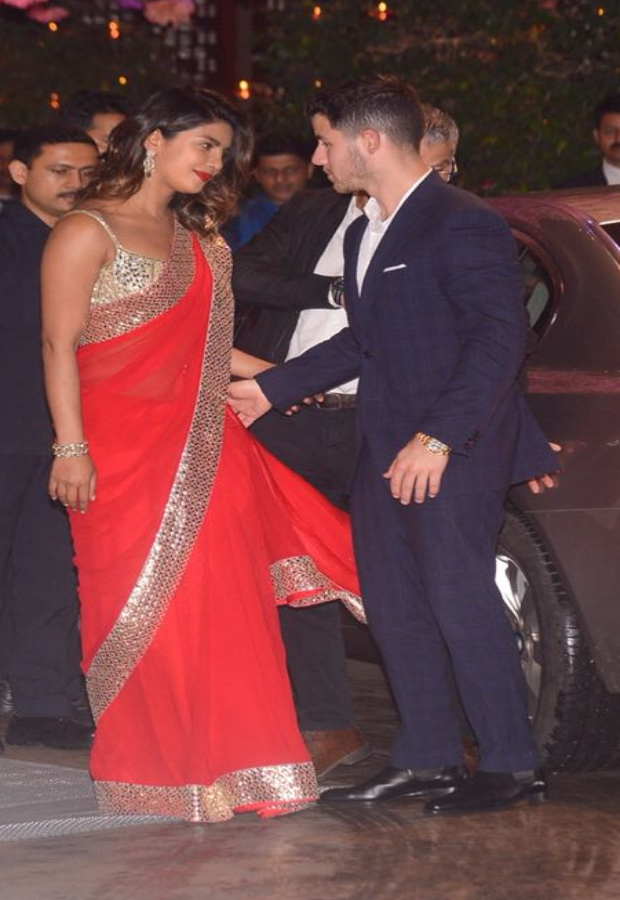 On the professional front, Priyanka Chopra’s role as Alex Parrish in Quantico 3 comes to an end and she will begin shooting for Bharat with Salman Khan in August. She will be seen in the romantic comedy, Isn’t It Romantic with Rebel Wilson, Liam Hemsworth and Adam Devine which is set for Valentine’s Day release, next year.