Ajay Devgn has taken to Twitter to share an adorable photo with Shivaay co-star Abigail Eames. The actor, who worked with the British artist in 2016, shared a great rapport with her. 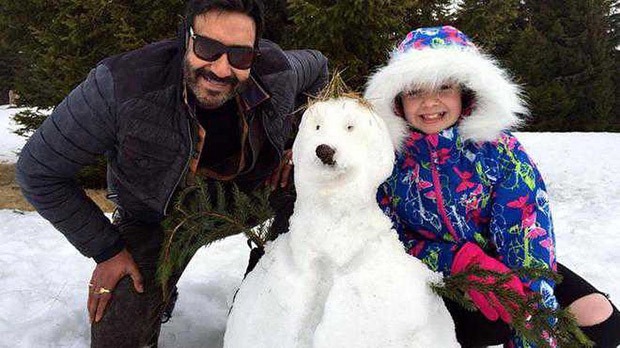 Ajay Devgn and Abigail Eames played father and daughter in Shivaay. The film revolved around him wanting to keep his family safe from the villains who want him dead. It released in October 2016 and clashed with Ae Dil Hai Mushkil.

Meanwhile, on the work front, Ajay Devgn is basking in the success of Tanhaji - The Unsung Warrior. The actor has many projects in the pipeline including Maidaan, Chanakya and Kaithi remake.