Aishwarya, Abhishek and Aaradhya attended the wedding of Anil and Tina Ambani’s son in February 20. A photo was shared by the designer Shaina NC on Instagram. 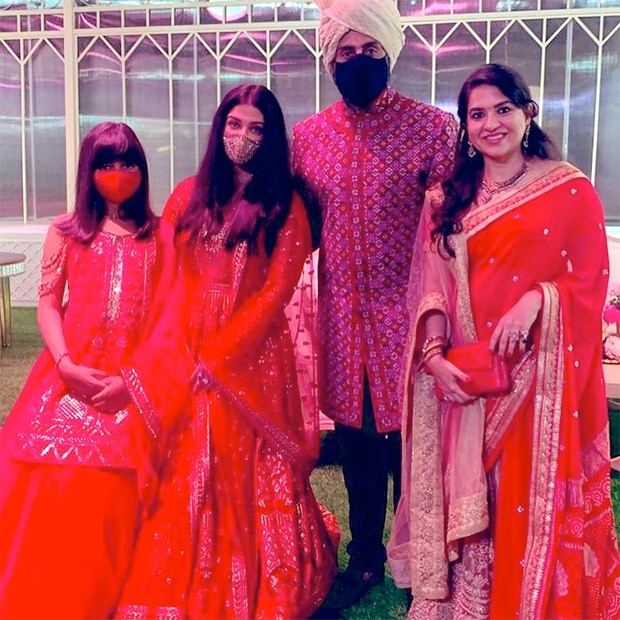 Abhishek was seen in red sherwani with beige turban and Aishwarya & Aaradhya twinned in red outfit. Ambani’s has had several weddings in recent years, Isha got married to Anand Piramal in 2019 and Akash married Shloka in 2019.

Abhishek was last seen in the Big Bull and Aishwarya will be seen in Ponniyin Selvan.